The locomotives are being delivered ahead of schedule. 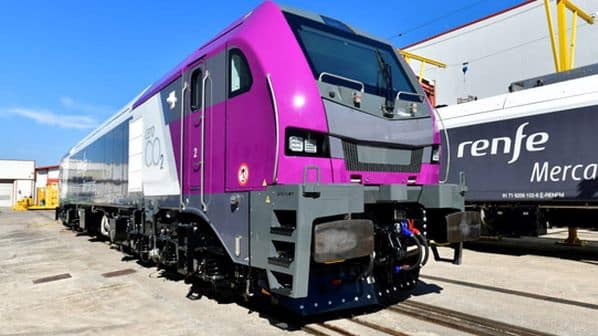 STADLER has presented the first four of 12 Euro6000 locomotives ordered by the freight business of Spanish national operator Renfe under a €85.5m contract awarded in August 2021.

The Iberian gauge locomotives are now undergoing final commissioning before entering service. Stadler was due to deliver four locomotives by the end of 2022, but will now deliver another two ahead of schedule.

The Co-Co locomotives can operate under 25kV ac, 3kV dc and 1.5kV dc electrification, and can haul 1800 tonnes on a gradient of 1.8%, allowing operation through the Pajares base tunnel currently under construction between León and Oviedo.

Renfe says the new locomotives will offer higher capacity and improved safety, reliability and availability, and will reduce emissions as they will operate on renewable energy.