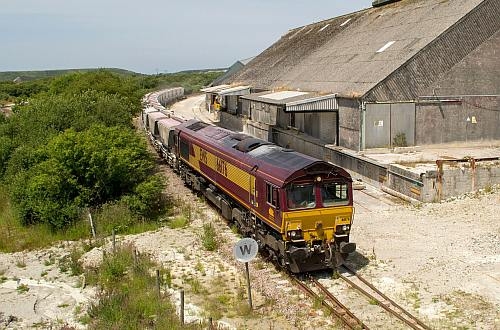 In February DB Schenker equipped one of its class 66s with the Auto Engine Stop-Start (AESS) system from ZTR, United States, and this locomotive has been evaluated on china clay operations in Cornwall, short haul trip workings that involve frequent shunting.

Results from these trials showed that idling time was reduced by around a third, cutting CO2 emissions by around 50 tonnes per locomotive per year, or 4500 tonnes across 90 locomotives, a 10% reduction overall.

DB Schenker says it also expects AESS to reduce the risk of flat batteries and the system will prevent freezing in cold conditions.

The rollout across the 89 remaining locomotives will be completed by the end of next year.