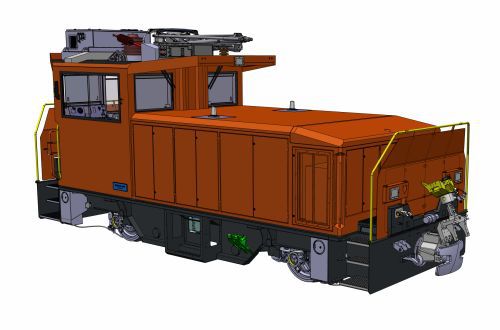 RhB says it has achieved synergies of around SFr 1m by conducting a joint procurement with the Matterhorn Gotthard Railway (MGB), which has ordered two locomotives of the same type.

The RhB shunters will enter service in 2020, enabling the withdrawal of 11 older locomotives.

The 30-tonne locomotives will be equipped with lithium-ion batteries for catenary-free operation, enabling the elimination of diesel operation during engineering possessions and on non-electrified sidings.

The units will have a maximum output of 500kW at the wheel in electric mode and 200kW in battery, with a maximum speed of 80km/h in electric and 40km/h in battery. Starting tractive effort is 75kN and the locomotives will be capable of handling a 500 tonne trailing load on a 35‰.