TESTING and commissioning is underway of the first of 18 7.2MW electric locomotives built by CRRC subsidiary Datong Locomotive Works for Belarus Railways (BC). 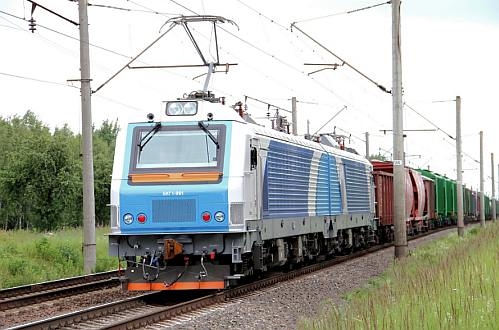 BC placed the order for the six-axle locomotives during a state visit to Beijing by Belarusian president Mr Alexander Lukashenko in July 2013. The contract is worth nearly €90m and is 85%-financed by Export-Import Bank of China and includes the supply of spare parts.

CRRC says the remaining locomotives will be delivered by the end of the year and that the units meet Russia's Gost standards enabling use across the Commonwealth of Independent States (CIS).

The new locomotives complement BC's existing 12 Chinese-built 9.6MW 120km/h freight locomotives (pictured), which are based on the Chinese HXD2 developed by CNR and Alstom.