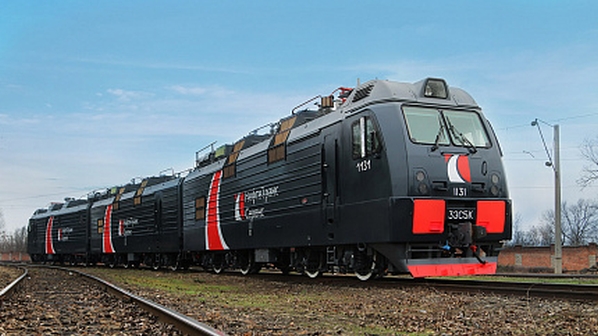 NefteTransService awarded NEVZ a contract in November to supply seven 3ES5K locomotives by the end of 2020, with another seven due to be delivered by the end of the first quarter of 2021.

TMH says the three-section 3ES5K locomotives use regulated axle traction in order to operate in difficult terrain. The system is able to vary the tractive output from the different engines in the locomotive at speeds of between 0-50km/h, improving performance.

The locomotives are being delivered to Timashevskaya station on the North Caucasus Railway.