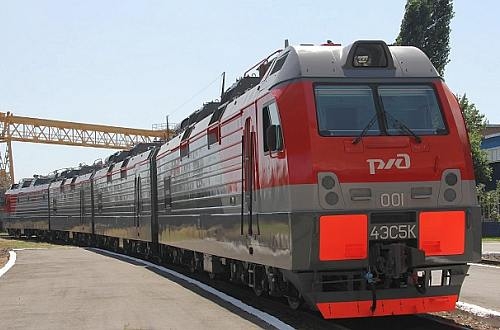 The 13.12MW unit, which TMH says is the world's most powerful dc electric freight locomotive, was built at the nearby Novocherkassk Electric Locomotive Plant.

TMH says the locomotive will be capable of hauling 7100-tonne trains on steeply-graded routes in eastern Russia, such as the Baikal-Amur Main Line and the Trans-Siberian Railway, where the regenerative braking system is expected to reduce traction power consumption by 15-17%.

The 4ES5 is equipped with microprocessor control, a telediagnostics system for remote fault-finding and independent traction control on each axle to optimise haulage capability.

TMH says it expects certification to be completed by November.