The contract for 1064 locomotives was awarded by the previous board of Transnet in 2014. 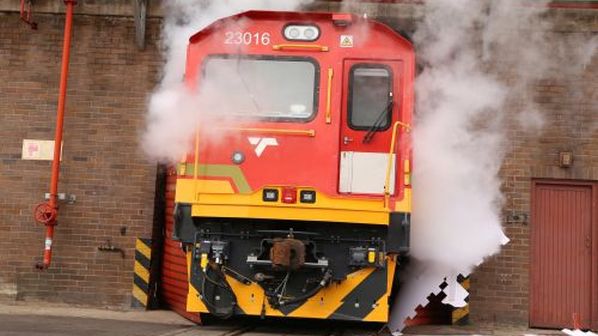 Bombardier delivered the first locomotive under the contract in December 2017.

SOUTH African operator Transnet and the government’s Special Investigating Unit (SIU) have launched an application in the High Court of South Africa to review and set aside a Rand 54.4bn ($US 3.6bn) contract signed in March 2014 with four manufacturers for the supply of 1064 locomotives.

In the court filing, Transnet and SIU say the contract awarded by the previous board of Transnet was based on a flawed market demand strategy (MDS) and that the law, government instructions and Transnet policy were deliberately ignored to make the tender awards, conclude the contracts and effect payment to some of the manufacturers.

The contract, one of the largest ever awarded by State-Owned Company in South Africa, was signed with:

CRRC delivered the first two class 45-000 six-axle diesel locomotives to Transnet Freight Rail in August 2016, while Bombardier marked the acceptance of the first class 23E Traxx Africa electric locomotive in December 2017. By the end of the financial year ending March 2018, 402 locomotives had entered service while 16 had been delivered and were undergoing testing.

Detailed forensic investigations were launched into the conclusion of various contracts, including the contract for the new locomotives, following the appointment of the new Transnet board on May 23 2018, led by Dr Popo Molefe, and group chief executive, Ms Portia Derby.

The constitution of South Africa and the Public Finance Management Act (PFMA) require state-owned companies to conduct procurement processes that are fair, equitable and competitive. Transnet says the papers filed on March 9 show that the transactions concluded by the previous Transnet management and board failed to meet the minimum standards prescribed.

In December 2018, Transnet invited the four manufacturers to agree to enter into negotiations for a just and equitable remedy for the contract. However, Transnet was unable to reach a negotiated agreement with Bombardier, CNR and CSR, and the remedy agreed with GE requires supplementation in order to address Transnet’s obligations and the public interest.

Accordingly, Transnet and the SIU are asking the High Court to set aside the locomotive supply agreements and to impose a just and equitable remedy.

The key argument in the court application is that the manufacturers are not entitled to benefit from locomotive supply agreements that were awarded to them in an irregular and illegal manner. Transnet says this is particularly important when the manufacturers “conducted themselves in the manner that CSR and CNR did, in respect of agreements its parent company concluded with Regiments Asia and Tequesta,” without expanding on what these agreements involved.

Transdev is arguing that given the nature of the kick-back agreements concluded by the parent company of CSR and CNR, they cannot claim to be innocent. The factual basis is established in the affidavit that the other two manufacturers, Bombardier and GE, cannot claim that they did not or could not reasonably have known that the procurement process and subsequent contracts were irregular and unlawful.

The application by Transnet and the SIU is lengthy, with the founding affidavit running to more than 800 pages with the annexures stretching into many lever arch files. The application is based on the extraction and analysis of more than 29 million documents.