SIEMENS-SINARA joint venture Ural Locomotives celebrated the sixth anniversary of its plant at Verkhnyaya Pyshma near Yekaterinburg on July 1 with the rollout of the 600th class 82 2ES6 double-unit freight locomotive for Russian Railways (RZD). 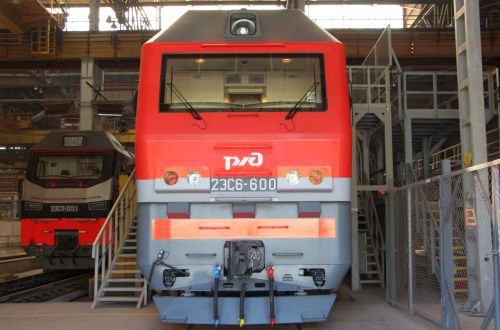 Sinara delivered the first prototype 2ES6 to RZD in November 2006 and the first production locomotive entered service at the end of 2008. The type is now in widespread use across Siberia and in the Urals.

The 3kV dc eight-axle locomotives have a continuous output of 6MW and a starting tractive effort of 833kN.

Ural Locomotives will deliver a total of 82 2ES6s to RZD this year and the type is due to be introduced on the Yuzhno - Uralskaya South Urals Railway within the next few months.