The delivery followed tests in Braunschweig. 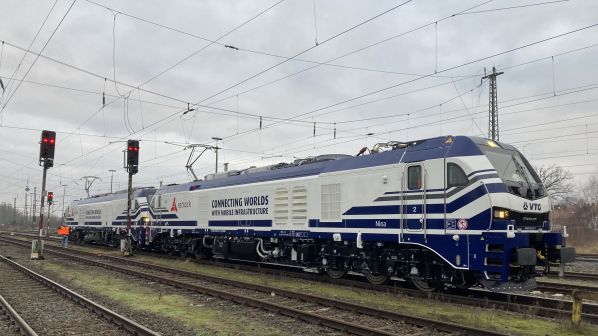 The process included static tests followed by successful test operation in both electric and diesel modes.

The locomotives, which have 6MW of power under electric operation and 2.8MW in diesel mode, provide a high tractive effort in combination with optimised energy consumption, resulting in improved performance and efficiency. The new locomotives can haul up to 30% more weight than the existing locomotives used by Retrack, and also emit fewer CO2 emissions.

“We are looking forward to the delivery and use of the new EuroDuals on our Europe-wide rail services,” says Retrack managing director, Mr Remco van Staaijeren. “With the first six-axle hybrid locomotives, we can offer our customers an even more powerful service and provide them with the latest technological standards within rail logistics.”