3km line is the first extension on London Underground network since 1999. 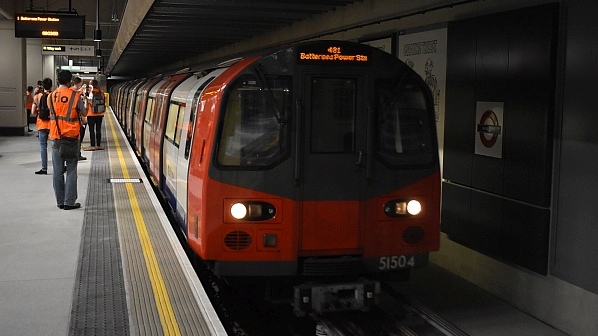 THE first major London Underground extension to open this century welcomed passengers for the first time on September 20 when the 3km Northern Line extension from Kennington to Battersea Power Station entered service.

The £1.1bn 3km twin-tunnel railway runs from Kennington, on the Charing Cross branch, to Battersea Power Station and is seen as central to the redevelopment of the Nine Elms area, where around 25,000 new jobs have been created and 20,000 new homes built.

Major construction on the project began in November 2015 with the Ferrovial Construction Laing O’Rourke (FLO) joint venture contracted to build the railway.

The project has been delivered £160m under budget despite cost pressures brought about by the pandemic. The spending authority budget was increased to £1.26bn in January 2016.

As well as Battersea Power Station, there is also a new station at Nine Elms. These are the first new Northern Line stations to open for 80 years and take the number of stations on the London Underground network to 272. Both have step-free access, meaning there are now 88 such stations on the LU network.

The last major Tube extension was the Jubilee Line extension from Green Park to Stratford, which opened in 1999.