Alstom to supply 40 LRVs to Gothenburg 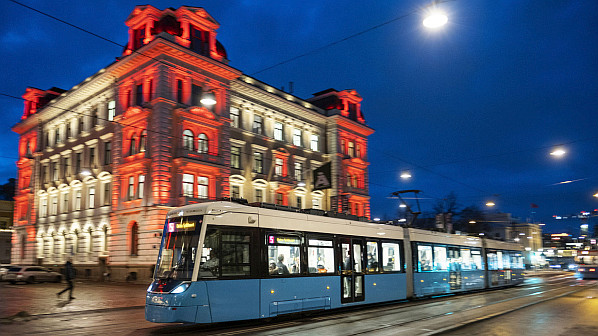 An exercise for 40 Alstom LRVs has been exercised.
Photo Credit: Alstom.

VÄSTTRAFIK, which is responsible for public transport services in the Swedish county of Västra Götaland, has awarded Alstom a €100m contract for the supply of 40 Flexity M34 LRVs to operate in Gothenburg.

The new low-floor 45m-long LRVs are an extended version of the M33 Alstom is currently delivering to Gothenburg, and are an option from the initial contract awarded in 2016 to Bombardier Transportation, which has since been acquired by Alstom. The first M34 LRV is expected to enter commercial operation by the end of 2023, with delivery of the final LRV expected by the end of 2026.

Alstom is manufacturing the LRVs with Kiepe-Electric, which will provide the LRV’s electrical components with Alstom supplying the mechanical parts.

Deliveries of the first M33 LRVs began in September 2020.

For data on European LRV orders, subscribe to IRJ Pro.