The service, which will operate via Liège, follows the announcement of another night train between the Belgian and German capitals earlier in the day. 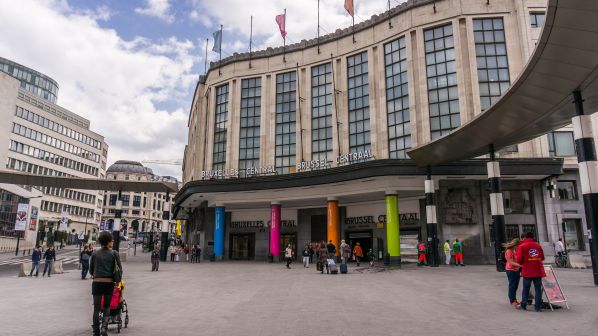 BELGIAN company Moonlight Express has announced plans to launch a night train between Brussels, Liège and Berlin in April 2022, with a journey time of between 12 and 13 hours.

The service is being launched by Belgian entrepreneurs, Mr Louis Lammertyn and Mr Louis De Jaeger, who say they want to “bring back the magic in responsible and pleasant travelling.”

Tickets for a bed in a shared compartment start at €49 per person. In addition, De Jaeger says Moonlight Express is targeting the British market by timing services to link with Eurostar trains between Brussels and London. There are also plans to connect Belgium with the south of France and Barcelona.

The service will be the second to connect the Belgian and German capitals, after European Sleeper also announced that it will introduce an international night train service from Brussels via Antwerp, Rotterdam, Amsterdam, Berlin and Dresden to Prague around the same time.

“We believe that the market is big enough to connect Belgium and Berlin with two night trains,” he says. “The market is growing and more people want an alternative travel mode, so we believe it is possible. There are a lot of caveats, and it’s not like starting a bus company, it’s much more complicated than that. But we have this feeling that it's the perfect timing to do this.”

De Jaeger, who is an agricultural consultant, and Lammertyn, who is a transport and renewable energy consultant, say they felt the existing modes of transport were not in line with their ecological commitment.

“The train offers a great alternative for people who want to travel with a clear conscience and above all it should not be boring,” De Jaeger says. “Instead of competing purely on speed or price for transport from A to B, we focus on affordable and quality travel time.”