Mark Harper tells the Transport Select Committee that no final decision has been taken on the formation of the new governing body. 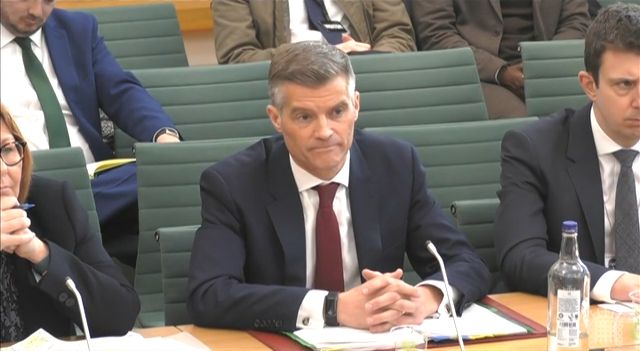 Britain's secretary of state for transport, Mark Harper, was appointed on October 26.

BRITAIN’s secretary of state for transport, Mr Mark Harper, has told a meeting of the Transport Select Committee that he is currently reviewing the process necessary to establish Great British Railways (GBR) as a new governing body for the country’s railway.

Harper’s comments add to the uncertainty of if and when the legislation necessary to establish GBR will be heard in parliament.

Harper’s predecessor, Ms Anne-Marie Trevelyan, told the committee on October 18 that no new Transport Bill would be heard during the current session of parliament, which is expected to conclude in May 2023, meaning that GBR was unlikely to be in place by early 2024.

Harper, who was appointed by prime minister, Mr Rishi Sunak, to replace Trevelyan on October 26, told the committee on December 7 that these restraints on legislation remain.

While he said it is very much his plan to achieve the intention of the Williams-Shapps Plan for Rail, which outlined the role that GBR would play as a “guiding mind” for the rail industry where there is greater integration between different parts of the industry, he is reflecting on “how exactly we do that.”

“I am taking some time to reflect on it to make sure when we move forward I am entirely happy with what we are doing,” Harper said. “I know there are a range of views in parliament on it so I want to take those in mind when we come to make some final decisions.”

Consistent with Trevelyan’s testimony in October, Harper said work was continuing on elements of rail reform which do not require legislation, such as pay-as-you-go contactless ticketing at more stations in the southeast of England. He also reported that teams at the GBR Transition Team, the Department of Transport (DfT) and infrastructure manager Network Rail are working closer together to align the business of track and train.

Harper’s comments on failing to provide a timeline for GBR were met with disappointment by Rail Partners, which represents Britain’s passenger and freight operators.

“We welcome his commitment to engage and listen to other viewpoints, but action must be taken to end the hiatus on reform and to enable passenger owning groups and freight operators to respond to the needs of their customers,” says Mr John Thomas, director of rail policy at Rail Partners. “Further delay isn’t in the interests of customers, taxpayers or the industry as a whole.”

Harper also did not commit to a date to publish the Rail Network Enhancement Pipeline (RNEP), which outlines NR capital improvement projects for the current five-year funding period and was last published in October 2019, stating, as Trevelyan did in October, that it would be published in due course. He said that work is underway to work through capital investment plans given current inflationary pressures and following the publication of the government’s autumn budgetary statement on November 17.

Harper did confirm that an update on Integrated Rail Plan, a planned £96bn capital investment in new and upgraded railways in the north and midlands, would be released by the end of the year.

When asked what success would look like for him by the end of the current parliament in 2024, Harper said that getting the railway system in a sustainable position was his top priority, especially given that rail is responsible for 60% of capital spending while only accounting for 10% of all journey kilometres.

He pointed out that there has been a “massive impact” from Covid in terms of changes in passenger behaviour, evident in the fact that commuter traffic is still only 60% of what it was pre-pandemic.

“I think that because of what people are now able to do in terms of technology and change in working patterns, I suspect that is not going to come back,” Harper said. “We have seen an increase in leisure travel, so I think that the railways need to be more flexible. We need a seven-day railway where we don’t depend on people coming into work voluntarily and we need a sustainable long-term position for rail.”

The October 2022 edition of IRJ includes an in-depth feature on the work of the Great British Railways Transition Team. Online subscribers can read it here.