JR Central says the project is now budgeted at $US 64.35bn. 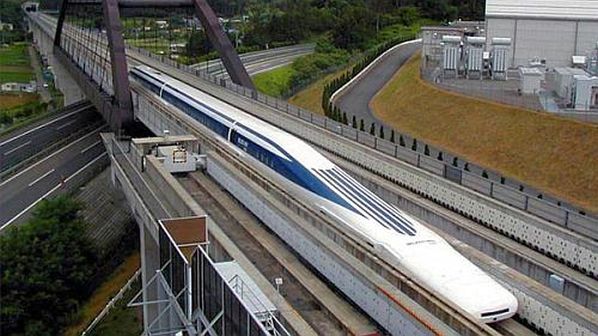 Vibration tests on the Yamanashi line led to the increase in budget for earthquake countermeasures.

CENTRAL Japan Railway (JR Central) has confirmed an increase in construction costs for the Chuo Shinkansen of Yen 1.5 trillion ($US 13.7bn) taking the total cost of the 286km Tokyo - Nagoya project to Yen 7.04 trillion.

The railway says that due to the deteriorating business environment caused by the Covid-19 pandemic, it is necessary to revise the funding plan for construction to ensure that sound project management can continue. It highlights several specific factors for the cost increase, including challenging construction work at the Shinagawa and Nagoya terminal stations, which is responsible for Yen 500bn of the cost increase.

Work here requires open-cut excavation beneath the structures currently used for the Tokaido Shinkansen and conventional lines, limiting work to overnight shifts. The space available for construction is also limited by existing structures.

JR Central says it has divided the construction contracts for the stations into several elements to control risk during construction. However, geological uncertainties and the constraints caused by several narrow locations at the stations have now become clear, requiring the budget increase.

In addition, a further Yen 600bn is required for enhanced earthquake countermeasures and to reinforce elevated line structures. The railway says the determination was made following vibration tests on the Yamanashi maglev linetest section and using test equipment at the Komaki Research Centre.

Finally, a further Yen 300bn increase is required to secure sites for spoil from tunnels, which has proven difficult for the project in urban areas. JR Central is bearing the costs of a reclamation project at Shinhommoku Pier in Yokohama port. In addition, the costs of transport and receiving spoil are expected to increase, particularly in mountainous sections.

The line is set to feature a 25km long tunnel excavated at a depth of 1400m, the deepest in Japan, in the Southern Alps. Reports from last summer indicated that the cost of the tunnel would increase after work in Shizuoka stalled due to concerns around its ecological impact.

JR Central says it will fund the budget increases primarily through operating cash flow and the remaining through loans. “If the company anticipates that it can no longer ensure sound management and stable dividends, it will aim to complete the construction by adjusting the pace of construction,” JR Central says.

The railway anticipates revenues to recover to 66% of 2018 levels in fiscal 2021, 80% in 2022, 90% in 2023, returning to 100% by 2028. It expects employment expenses to remain at the five-year average from fiscal 2015 to 2019 and expects to implement general cost reductions where possible. Under those assumptions, the total budget earmarked for the project will exceed the total fiscal cost in 2028. “It should be noted that this does not mean a new target date for opening is set,” the railway says.

The project was approved in 2014 and under the 2017 plan in which the Yen 5.52 trillion budget was set, the Shinagawa - Nagoya section is scheduled to open in 2027.