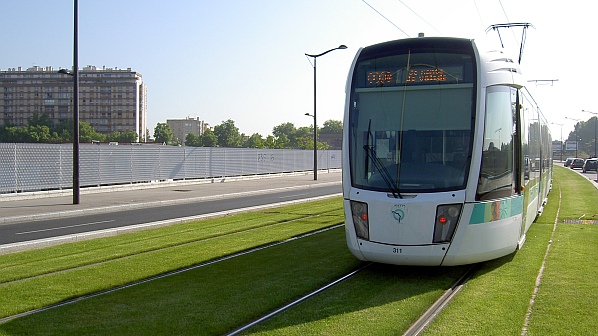 COLAS France will construct the Line T3b light rail extension in Paris after it was awarded two contracts by the Paris Transport Authority (RATP).

The 3.2km double-track extension will run from the current terminus at Porte d’Asnières south to Porte Dauphine in the 16th arrondissement. There will be seven new stations that will serve Porte Maillot, the Palais des Congrès and the University of Paris-Dauphine. The extension is expected to open at the end of 2023.

The extension is also designed to strengthen the existing transport network by introducing new interchanges with metro lines 1, 2 and 3, and RER lines A and C and the extension to Line E.

The first contract, worth €29m, covers tracklaying and associated infrastructure work including installing catenary, platforms, civil engineering for the stations, and vegetal coatings of the track.

The second contract, worth €4m, is for the construction of the overhead contact line as well as the line’s traction power supply over the entire extension.