The world’s largest hydrogen fleet will be used on the network from December. 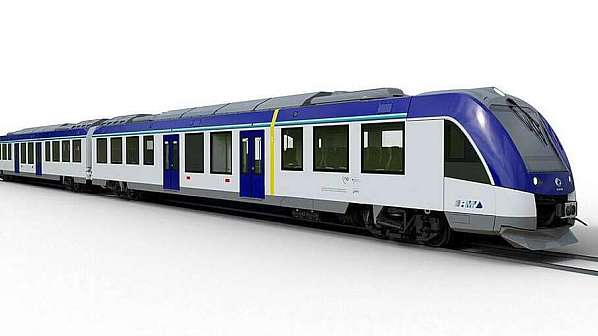 A fleet of 27 Alstom iLint hydrogen trains, ordered in 2019 for €500m, will replace diesel trains on all four lines. This is currently the largest planned hydrogen fleet in the world.

Each train will have 160 seats, an increase of around 30% compared with the DMUs they will replace. The iLint fleet will also be fitted with passenger information systems, space for bicycles, wheelchairs and prams, and will have free Wi-Fi.

The Hochtaunus transport association is currently planning the electrification of the 18km line between Friedrichsdorf and Usingen so that it can it be used by the S5 S-Bahn. Until that commences commercial operation, the timetables on the four Taunus lines will remain largely unchanged.

Once the S5 S-Bahn is operational, the RB16 timetable will be changed to a uniform cycle and the service will be extended to Bad Homburg. Additional journeys are also planned on the RB12 route during rush hour.