REDUCTIONS in track access charges, easing of mark-up regulations, amendments to reservation charges and safeguards for infrastructure managers are among proposals set out by the European Commission (EC) to ease the financial burden on the rail sector caused by the coronavirus pandemic. 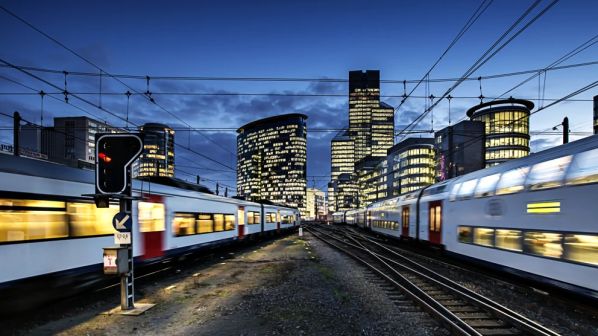 In a proposal to the European Parliament and the European Council, the EC calls for the bodies to adopt the regulation to complement the existing allocation and charging framework Directive 2012/34/EU to allow national authorities and rail stakeholders - both public and private - to deal with the negative consequences of the Covid-19 pandemic.

The EC reports that demand for passenger services has fallen by up to 90% compared with 2019 with many new entrants ceasing operation. Both passenger demand and rail freight volumes are expected to be below last year’s levels for the remainder of 2020.

“The effective functioning of the Single European Rail Area (Sera) depends on the economic performance of the market players and of safeguarding the achievements already made regarding management independence of infrastructure managers and train operators, transparency of provisions for charging and network access, non-discrimination and equal treatment in path allocation and charging schemes as well as market opening,” the EC says.

The EC says waiving and relaxing these charges cover a reference period from March 1 to December 31 2020. Specifically, for track access charges the EC proposes derogation from Article 31 (3) of the Directive, which requires that charges for the minimum access package are set at the level of cost directly incurred as a result of operating the train service. The EC argues that the provision prevents the setting of charges at a lower level, a necessary tool in light of the current crisis, for infrastructure managers and member states.

For mark-ups - the amount added to the value of goods to cover overheads and profit - the EC says there is currently an inability to amend these within the current period. It proposes to offer member states greater flexibility to allow immediate downward adjustments.

Reservation charges are intended to discourage railways from cancelling train paths at short notice to promote the best and full use of capacity with the level of charge increasing the closer the cancellation is to the time of operation. However, with the pandemic resulting in severe disruptions to rail traffic and widespread train path cancellations, the EC argues that the directive is no longer relevant and proposes that member states lift the obligation.

Relaxing these rules will inevitably result in reduced income for infrastructure managers (IMs). Under Article 8(4) of the directive, member states are obliged to ensure that the accounts of IMs facing losses due to unexpected lower demand are balanced within five years. The regulation proposes refunding of the infrastructure managers takes place by December 31 in the year after the loss incurred.

Finally, the proposal states that network statements should be kept up-to-date and amended without delay.

The EC says that a formal stakeholder consultation has not taken place due to the urgency of the matter. However, both member states and authorities and stakeholders called on the EC to adopt a proposal for appropriate measures. A survey in March, April and May showed that some member states were showing an apparent readiness to take relief measures along the lines proposed.

“In particular, rail industry associations representing railway undertakings repeatedly approached the commission asking for urgent measures,” the EC says. “These measures would aim to ensure that the sector could cope with lost income and reduce the risk of bankruptcies, especially for private operators. One of the most advanced proposals is the suspension of charges for track infrastructure, stations, services facilities and use of stabling facilities.”

The European Rail Freight Association (ERFA) said it “strongly supports” the measures and says it believes the proposal will provide member states with the necessary flexibility to take concrete actions to assist the rail freight sector during the ongoing Covid-19 crisis.

The proposals to reduce or waive access charges as well as reservation charges are “appropriate and necessary measures” that will provide support to the rail freight industry in an open, non-discriminatory and transparent manner.

“With access charges accounting for 20%-35% of total operational costs borne by rail freight operators, the sharp reduction in volumes is impacting on the viability of running services,” ERFA says. “Without support, there is a risk that some private and independent railway operators will not survive the crisis. This would lead to a less competitive and customer orientated rail freight market and undermine Europe’s modal shift objectives.”

“What is now important is that the proposal for a Regulation is adopted by the European Parliament and European Council,” says Mr Conor Feighan, ERFA secretary general. “ERFA therefore calls for member states and MEPs to support the proposal in the upcoming legislative process.”