EGYPT’s Ministry of Transport, represented by the National Tunnels Authority (NAT), has signed a memorandum of understanding (MoU) with Siemens, together with Orascom Construction, and The Arab Contractors, to design, install and commission up to 1000km of new railway under development in the country. 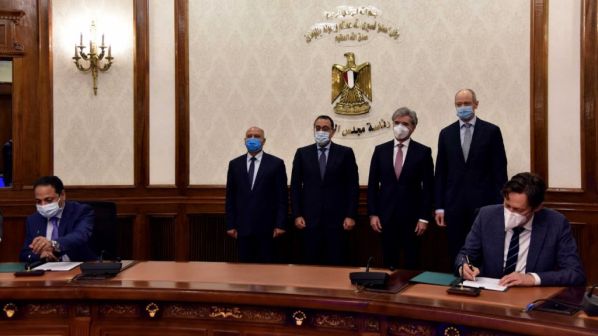 The projects require an estimated investment of £E 360bn ($US 23bn) and will commence with the 460km line from Ain Sokhna on the Gulf of Suez coast to the New Administrative Capital (NAC) east of Cairo and El-Alamein on Egypt’s Mediterranean coast, with a branch to Alexandria.

The 250km/h line will have 15 stations and will be used by both passenger and freight services. According to local media reports, Egypt’s minister of transport, Mr Kamel Al-Wazir, confirmed during the MoU signing that Siemens will supply rolling stock, including passenger trains and locomotives, signalling and electrification for the line. While the value of the contract is around $US 3bn, Siemens told IRJ that negotiations over the contract remain ongoing and it was too early to confirm any specific details or breakdowns of the order.

Al-Wazir also confirmed that soil research and surveying for the line has been completed and route planning and work is underway to develop civil and track structures, along with stations. He says the plan is to complete the project within two years of the contract signing with Siemens.

“We are delighted that the Ministry of Transport is seeking to put their trust in us to deliver this important project,” Peter says. “Our digital leadership and comprehensive turnkey services will bring an integrated and state of the art high-speed rail system, that will provide a technology boost for the country and create local jobs. The system will significantly enhance passenger experience and reduce travel time for millions of Egyptian people.”