24 trains per hour trial running set to start this August as project remains on course to finally open in 2022. 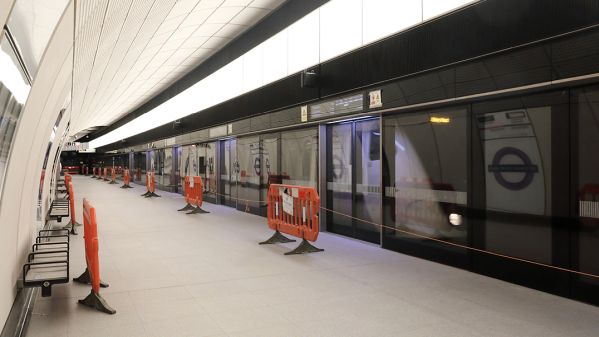 An 18-day blockade begins on June 19, the last such event before the new cross-London railway opens.
Photo Credit: Crossrail

AN 18-day blockade of the Crossrail central tunnel in London begins on June 19, and Crossrail chief executive, Mr Mark Wild, has told IRJ that this is the final time such a closure happens before the railway finally opens.

Wild explained that the final blockade is about completing small but vital jobs that are needed as the project heads towards the next stage of trial operation. Currently eight trains per hour (tph) are running through the core section between Abbey Wood and Paddington, and that will rise to 12 after the blockade. It is planned that 24tph trial running will begin in mid-August.

“We've gathered the remaining construction work for us, which is not a lot of work - if we had them in a factory in Birmingham, we’d do it all in a day - but it’s not, it’s all in thousands, hundreds of rooms. It is the fiddly small jobs - put a label on here, put a little switch there, put a fence up, it is that type of thing.

“Once we have done that, all trace-dependent work is complete for revenue service. And then of course there is still work to do in the stations.”

Wild also explained that the most recent milestone achieved was Phase 4a, which was the completion of platform extensions at London Liverpool Street that enables full-length units (FLU) to operate on the Eastern side of the network as far as Shenfield.

It is still planned that passenger trains will begin running between Abbey Wood and Paddington Low Level station in the first half of next year, which will be followed by trains from Shenfield serving the Crossrail station at Paddington. The final phase will be to link the entire network, with trains running from Shenfield/Abbey Wood to Heathrow Airport/Reading.

An in-depth report on Crossrail will appear in the August edition of IRJ.