Alstom is delivering 70 monorail trains to the Egyptian capital. 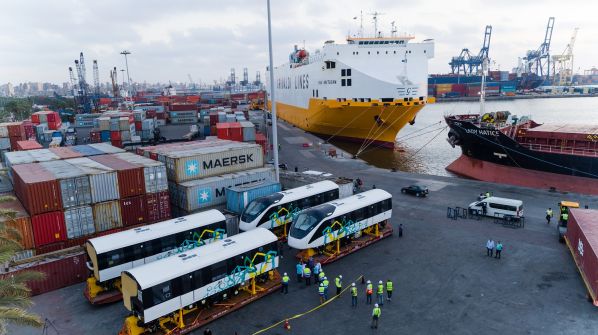 Alstom has built the trains at its Derby Litchurch Lane factory, with the Mitrac propulsion systems a product of Alstom’s Trapaga site in Spain.

The trains are fully automated and will be used on Egypt’s first two monorail lines that link the New Capital City and 6th October City to Greater Cairo. They are fitted with Alstom’s Cityflo 650 CBTC system.

In 2019 an Alstom-led consortium composed of Orascom Construction and Arab Contractors signed a €2.7bn contract to design, build, operate and maintain the two lines. This includes a 54km line connecting the New Administrative City with East Cairo and a second 42km line connecting the 6th October City with Giza. Both are expected to open in 2023. Once open, the Alstom-led consortium will provide 30 years of operations and maintenance services for both lines.

Once complete, it is expected that each Cairo monorail line will be able to transport 45,000 passengers per hour per direction.