THE European Union (EU) has adopted emergency legislation to extend the deadline for member states to transpose the directives of the Technical Pillar of the Fourth Railway Package to October 31. 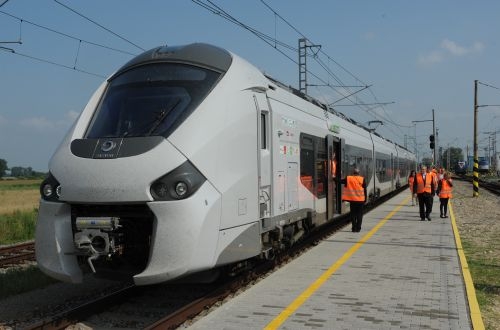 The 17 member states were due to adopt the legislation on June 16. Croatia, Denmark, Germany, Latvia and Slovakia successfully transposed by the deadline with the other 12 member states now set to follow suit by the end of October.

The technical pillar is intended to simplify processes and reduce costs by establishing the European Union Agency for Railways (ERA) as a ‘one-stop-shop’ for vehicle authorisation, safety certification, and ERTMS trackside approval in Europe.

Mr Keir Fitch, Head of Unit C4 (Rail Safety & Interoperability), Directorate-General for Mobility and Transport (DG MOVE) at the European Commission, told a webinar hosted by IRITS Events on June 15 that the commission had worked to try and make life easier for the sector in light of the coronavirus pandemic.

“With the deadline set as it was on June 16 it was impossible for a number of member states to complete their transposition package because a number of national parliaments, which had to approve that legislation, had to close down during the Covid-19 period,” Fitch says. “We have therefore adopted emergency legislation allowing member states to further postpone that transposition deadline.”

Eight member states transposed by the first deadline of June 16 2019: Bulgaria, Finland, France, Greece, Italy, the Netherlands, Romania and Slovenia with Switzerland adopting it on a case-by-case basis.

“With the addition of Denmark and Germany, and with France, Italy, the Netherlands and Switzerland already signed up, we have a large block in western Europe where the Fourth Railway Package is now in place,” Fitch said.

Mr Josef Doppelbauer, ERA executive director, told the webinar that by the end of May ERA has completed vehicle authorisation for 7800 vehicles as part of 599 decisions, which mostly comprises freight wagons, around 300 locomotives and a few EMUs and DMUs. ERA has also issued 11 safety certificates with nine projects ongoing, and for ERTMS trackside approvals, five applications have been received with four engagements closed.