Sarah Feinberg is the first woman to be nominated as chair of New York Metropolitan Transportation Authority (MTA). 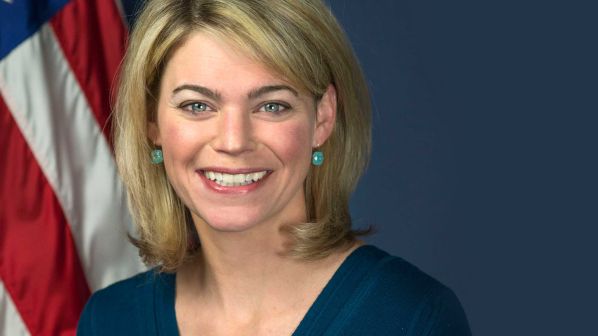 Ms Sarah Feinberg has been nominated as chair of New York Metropolitan Transportation Authority (MTA), becoming the first woman to be appointed to the position. Feinberg served as federal railroad administrator from 2015 to 2017, during the administration of President Barack Obama.

Siemens has appointed Mr Laurent Bouyer as CEO of Siemens Mobility France. He was previously president of Bombardier Transportation France and Benelux. Bouyer will be responsible for business development for all Siemens Mobility products and services in France and North Africa, including the growth of the rail automation and automatic metro activities, with global centres of excellence based in France, in Châtillon and Toulouse.

Bouyer started his career in Britain for Asea Brown Boveri (ABB) as part of the project team for the Eurotram in Strasbourg. He joined the Bombardier group in 1995, holding senior positions in the fields of tender management, strategy, French and international sales, as well as project management.

The chairwoman and CEO of Keolis, Ms Marie-Ange Debon, has been appointed president of the Union of Public and Rail Transport (UTP), France, for a two-year term. She succeeds the CEO of Transdev, Mr Thierry Mallet. Debon says she will focus on returning public transport to pre-pandemic ridership levels.

British transport secretary, Mr Grant Shapps, has appointed Mr Keith Wallace as chairman of Crossrail International (CI), a body within the Department for Transport that provides strategic advice to client organisations across the world on developing and delivering complex rail schemes.

East German Railway (ODEG) has restructured its management team, with managing director, Mr Stefan Neubert, who has held the role since 2018, joined in the position by Mr Lars Gehrke and Mr Roland Pauli. The three managing directors will oversee the companies 570 staff as it launches several new operations, including the Baltic Coast II subnetwork from December and the Elbe-Spree network from December 2022.

Ms Deborah Spring has been appointed CEO of Australia’s Rail Industry Safety and Standards Board (RISSB). Spring, currently the board’s executive chair, has been acting CEO for two years, overseeing a 120% increase in membership, refocusing RISSB’s products and services on industry needs and making a step change in improving productivity and service delivery. Mr David George replaces her as chair, with Spring continuing as an independent director on the RISSB Board. Spring, a mechanical engineer with an MBA from Harvard Business School, previously held senior executive positions with TasRail, National Rail, Australia Post and Exxon-Mobil.

The shareholders of HIMA have restructured its management team, appointing Mr Jörg de la Motte as CEO and Dr Michael Löbig as CFO. De la Motte replaces Mr Sankar Ramakrishnan, who left the company at the end of June. De la Motte is an industrial engineer and was most recently worked for Bosch Group at technology specialist Bosch Rexroth. Löbig studied business management and last worked for Heidelberg Printing Machines.

Wabtec has appointed Ms Wendy McMillan as regional vice-president for Australia-New Zealand. McMillan joins Wabtec from Bombardier Transportation (now Alstom) where she served as president for Australia-New Zealand, overseeing the company’s full portfolio of products and services and operation in the region. During an extensive career in the transport, infrastructure and mining sector, McMillan has also served as CEO of the rolling stock division for the Victoria state government, and as non-executive director of Queensland Rail.