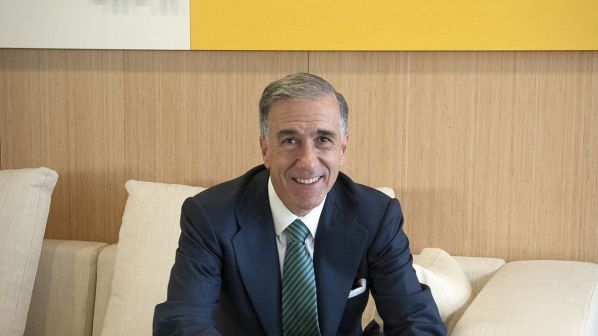 TALGO has appointed Mr Gonzalo Urquijo Fernández de Araoz as the company’s new CEO, effective immediately. Urquijo replaces Mr José María Oriol, who has taken up the position of non-executive vice-chairman of Talgo’s board of directors after 18 years as CEO.

Urquijo will pursue the current growth strategy through internationalisation and diversification. He began his professional career in the banking sector, working at Citibank and Credit Agricole, before further developing his professional experience in the steel sector.

Metro Trains Sydney (MTS), the operator of the Metro North West Line, has appointed Mr Daniel Williams as CEO, following the departure of Mr Nigel Holness, who has been appointed managing director of the MTR Elizabeth Line in London.

Keolis appointed Mr Pierre Gosset as executive director of the Industrial Division, effective March 1. Gosset also becomes a member of the group’s Executive Committee. With more than 25 years of experience in the transport sector, Pierre will be responsible for business and industrial excellence and for consolidating the group’s contribution to the energy transition.

Mr Alex Rentier became the new CEO of Keolis Netherlands on March 1, replacing interim CEO Mr Marc Renouprez. Renouprez succeeded Mr Frank Janssen, who resigned after irregularities were found in a tender in the Dutch province of Overijssel. Rentier was previously the manager of Serco Dubai Metro and Tram.

Swiss Federal Railways (SBB) has announced plans to split its passenger services into two divisions, with Ms Véronique Stephan to head the Market Passenger division while Mr Linus Looser will head the Production Passenger division. Both have been appointed by the SBB Board of Directors as members of the Management Board. They succeed Mr Toni Häne, who has been the head of passenger traffic since the beginning of 2018, but is stepping back due to his age.

French National Railways (SNCF) has appointed Ms Amandine Thomas-Commin as director of the Intercités division, part of the Voyages SNCF subsidiary. A member of the Voyages SNCF management committee, she succeeds Ms Delphine Couzi, who has been appointed director for the TER Southern Region. Thomas-Commin joined SNCF in 2011, and since 2019 has been production director and deputy director of the H and K Transilien suburban lines.

Canadian National (CN) has appointed Mr Cyrus Reporter as vice-president, government and regulatory affairs. Based in Ottawa, Reporter will oversee government engagement, and will also be responsible for stakeholder and community relations.

Reporter has served as senior advisor to Canadian prime minister, Mr Justin Trudeau, as well as chief of staff for Trudeau in his capacity as leader of the Liberal Party of Canada. Most recently, Reporter was partner at international law firm Gowling WLG, where he provided counsel on regulatory affairs, public policy and corporate compliance.

Sachdev replaces Mr Rob Brighouse, who has served as the founding chairman of EWR since 2017. Sachdev is currently a non-executive director of Network Rail Property Limited and chair of the Defence Infrastructure Organisation Board for the Ministry of Defence. He has previously held a variety of senior leadership positions in the energy, property and retail sectors.

Transfesa Logistics has appointed Ms Anne-Sophie Petit as its new chief financial officer. With experience in team management on an international scale, Petit has held positions linked to control and financial management in Spain and other countries. Petit has a strong background in business administration in France and leadership at IESE business school. Her professional career is based mainly on roles at multi-national companies Gestamp and Visteon.

Lord Patrick McLoughlin has joined Xrail Group as an executive board member, and will provide support and advice on strategic direction and continued growth. McLoughlin is a Conservative life peer who has sat in the House of Lords since September 2020. Prior to this, he sat in the House of Commons as the member of parliament for Derbyshire Dales.

Security and communications company Optilan has appointed Mr Adrian Bannister to its Executive Management Team as chief financial officer (CFO). Bannister has more than 25 years of experience in CFO roles, most recently as CFO at specialist energy technology business Ardyne.