ITALIAN State Railways (FS) is to invest €17bn of additional funding to 2020 following an agreement between the Ministry of Infrastructure and Transport and Italian Rail Network (RFI), with safety, technology and capacity identified as priorities. 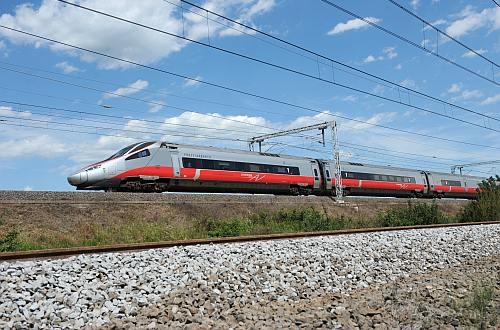 FS says urban train frequency will be improved, with a long-term aim of introducing metro-style frequencies on the busiest routes. New stations will also be built to encourage modal shift from cars. €3.5bn will be provided for signalling upgrades in cities and doubling of the Andora - Finale Ligure and Pistoia - Montecatini - Lucca routes, with better connections to airports, linespeed improvements and station enhancements planned.

Freight is also targeted for upgrades, with FS' 10 current subsidiaries to merge into a single company from the second half of the year. Route upgrades to provide better connections between ports and Railfreight terminals are also planned. FS says it is "ready to do its part" in meeting wider European ambitions of achieving a 30% modal share of the freight market for journeys longer than 300km.

Four Trans European Network-Transportation (TEN-T) corridors are to be upgraded at a cost of €5.4bn - the Scandinavia to Mediterranean, Baltic to Adriatic, Rhine to Alpine, and Mediterranean - with enhanced freight terminals for intermodal traffic.

Ambitions to launch an Initial Public Offering in FS are to be postponed until 2017 at the earliest, according to FS CEO Mr Renato Mazzoncini,