Subject to final local authority permission, the site could be fully operational in 2025. 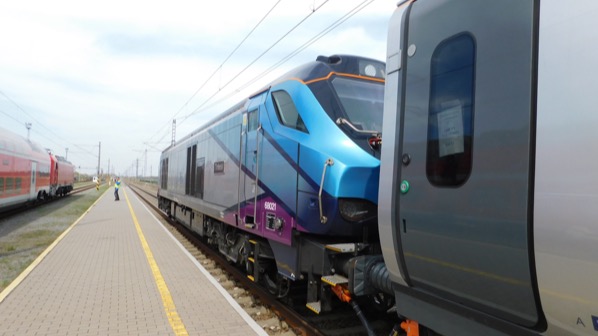 A test centre similar to that at Velim could be operational in Wales by 2025.

A new train, rail infrastructure and technology testing facility in south Wales could be fully operational by 2025 after a planning application for its construction was approved by a local authority on July 27.

The Global Centre for Rail Excellence (GCRE) will be built on the site of the Nant Helen open cast mine operated by Celtic Energy and the Onllywyn Washery Distribution Centre at the head of the Dulais and Tawe Valleys in south Wales, with conditional approval given by Neath Port Talbot Council’s Planning Committee.

Under the Welsh government’s timetable for the GCRE, site preparation and construction will start this year, with the first phase opening in 2023, and the entire site operational by 2025. Neighbouring authority Powys County Council is due to give its decision on the application submitted by Welsh government ministers this week.

Use of GCRE is planned for both the British and international rail industries.

The 475-hectare site will feature two test loops, with one being 6.9km electrified high speed rolling stock track with a maximum speed of 177km/h and the other a 4.5km 65km/h test track.

There will be a dual-platform test environment, rolling stock storage facilities, rolling stock maintenance facilities, operations and control offices, staff accommodation, shunting staff facilities and a connection to the nearby main line. The site will also have facilities for research and development, education and training.