BAVARIAN Railway Company (BEG) has announced the winners of the contracts to operate the Augsburger Networks concessions. The contracts, which together represent 10.3 million train-km annually, were tendered as two lots. 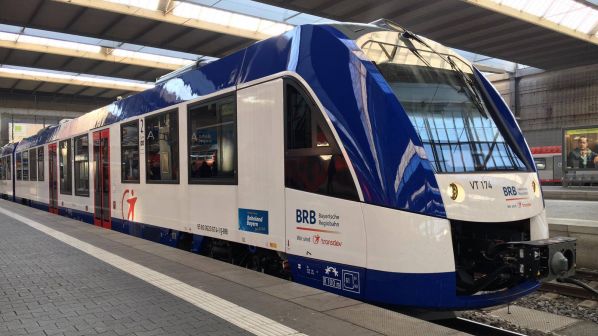 Go-Ahead Transport Germany has been named by BEG (working in cooperation with the transport authorities in the neighbouring state of Baden-Würt­tem­berg) as the successful bidder for Lot 1 covering three electrified routes:

These services are currently operated by DB Regio using a fleet of class 440 Coradia Continental EMUs built by Alstom in 2008-09. GoAhead will take over operation of the services with a new fleet of trains in December 2021. The contract runs for 12 years.

Lot 2, which requires the provision of a DMU fleet, has been awarded to Bayerische Regiobahn (BRB), a subsidiary of the existing operator Transdev, which will operate the following routes for nine years:

The line from Ges­serts­hau­sen to Langenneufnach will be reopened to passenger services as part of the new contract.

The contracts will be finalised on December 18 after the customary standstill period. The new contracts allow for changes to timetables during the life of the contract due to major events such as the planned opening of the Stuttgart - Ulm high-speed route in 2021-22 and the opening of the second S-Bahn tunnel under Munich expected in 2026.

BRB began operation of the Augsburg I diesel network concession on December 9. The concession runs until December 2030 and serves lines from Augsburg and Munich to Landsberg and Füssen.