The line is the third in the Chinese city. 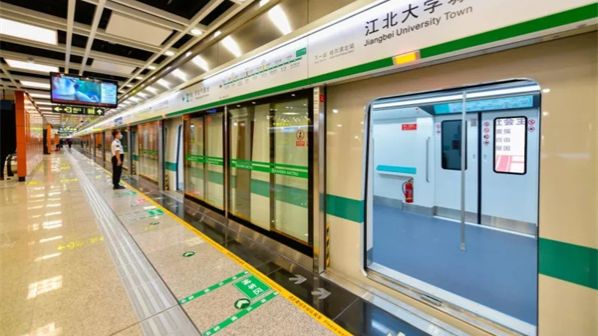 SERVICES have launched on Harbin Metro Line 2, the third metro line in the Chinese city to open following the 26.1km Line 1 in 2013 and the first section of the future circular Line 3 in 2017.

The 28.7km underground line, which runs north to west from Jiangbei University Town to Meteorological Observatory via Harbin railway station, has 19 stations and interchanges with Line 1 at Bowuguan.

The trains are equipped with face and limb recognition software which monitors the driver to ensure they are actively monitoring the train. The interior also features a dynamic map on a 48-inch LCD screen which displays additional information such as coach occupancy. The doors also feature a multimedia screen which displays coach number, occupancy, the time, and other emergency information.

A total of 11,900 trial journeys were completed between May 12 and August 11 covering 307,700 train-km, with a 100% fulfilment rate and a 99.99% punctuality rate. The failure rate for the trains, signalling, power supply and platform screen doors were all above the national standard.

For detailed data on metro openings around the world, subscribe to IRJ Pro.