A groundbreaking ceremony was held in Banyuwangi, Indonesia, on March 31 for state-owned rolling stock manufacturer PT Industri Kereta Api Indonesia’s (PT Inka) new plant where it will manufacture trains in partnership with Stadler. 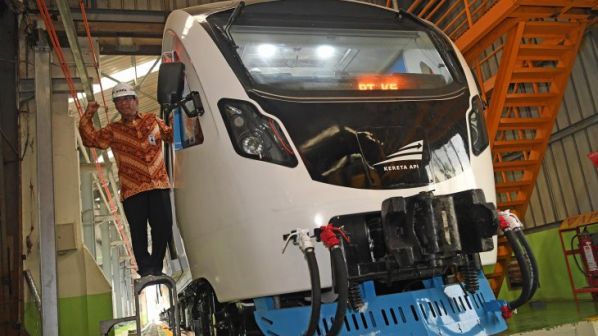 The factory is situated on an 83-hectare site and is expected to cost Rupiah 1.6 trillion ($US 112.4m) to construct. PT Inka and Stadler announced plans to develop the plant in January. Under the collaboration agreement between the two companies, PT Inka will fund the land and buildings while Stadler will provide technology and machinery. PT Inka president Mr Budi Noviantoro says the new factory will have two-times more manufacturing capacity than the company's current facility at Madiun.

The location was chosen due to its proximity to the east Javan port of Banyuwangi. It is hoped that production will start in 2020 and PT Inka plans to employ 2000 people to work at the plant, some of whom will participate in an internship programme in Switzerland. In addition, PT Inka, in cooperation with the local government, will establish a training programme at Banyuwangi Polytechnic.

PT Inka said in January that it would establish a joint venture with Stadler but that the two companies will segment the markets served by the new facility. PT Inka plans to focus on locomotive and rolling stock production for markets such as Bangladesh, the Philippines and Sri Lanka, while Stadler will target orders in markets including Singapore, Australia and Taiwan.