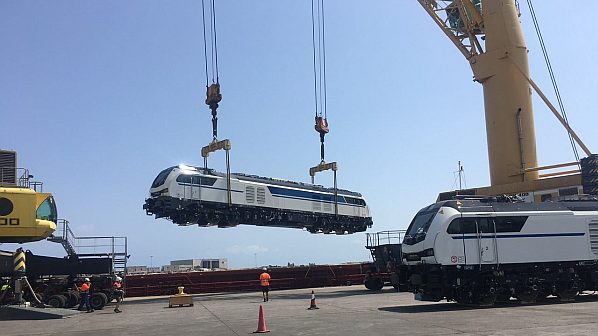 Turkey: Two Stadler EuroDual locomotives have been delivered to Turkish operator Körfez Ulaştırma. They are from an order placed two years ago, with five more locomotives to follow. The seven EuroDuals will operate freight trains in Asia. They will operate in 25kV ac electric or diesel mode.

Norway: Bi-mode Stadler Flirt trains entered traffic in Norway on September 3 with SJ Nord. Norske Tog has an order for 136 EMUs and 14 bi-mode Flirts that will be used by SJ Nord. All the trains are five-car formations. The latter will be used in the Trondheim area, replacing DMUs that are more than 30 years old.

Britain: Clayton is to build two more Hybrid+ CBD90 locomotives for Tata Steel. They will operate at the Port Talbot steelworks in south Wales joining five similar locomotives. These additional two will be delivered in early 2023. The 90-tonne Bo-Bo locomotives have a self-contained battery and charging is undertaken via a 3-phase supply.

Taiwan: Dynamic testing of new EMU3000 Hitachi trains has begun between Shulin depot in New Taipei and Fengyuan station in Taichung. The first of 50 12-car EMUs is expected in traffic by the end of the year. A further six will be delivered this year, 15 in 2022 and 16 in 2023 before the final 12 arrive in 2024.

Uzbekistan: Five metro trains built by Transmashholding (TMH) subsidiary Metrowagonmash in Russia are being delivered this year, with a further five following next year. Funded by VEB.RF, the trains will operate on the Tashkent metro. A loan of €30.4m was agreed for 12 years for their procurement.