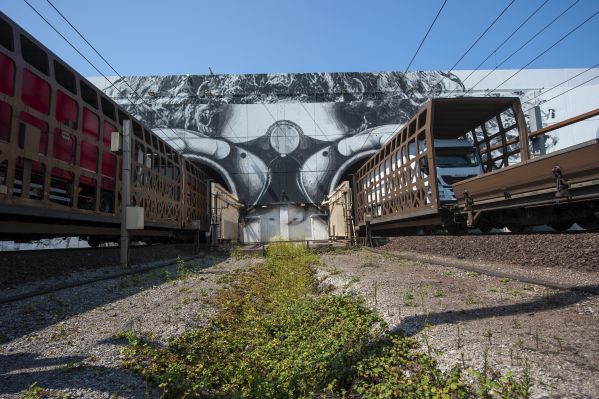 Europe: Le Shuttle Freight reported a 25% increase in the number of trucks it carried through the Channel Tunnel in May 2021 compared with 12 months earlier, carrying 112,772 trucks during the month. However, Le Shuttle only carried 45,841 passenger vehicles in the same period. This is higher than traffic levels from the first British lockdown, but government travel restrictions continue to affect the ridership.

Britain: Infrastructure manager Network Rail completed the remodelling of the London King’s Cross terminus on June 7, a key part of a £1.2bn upgrade of the London - Edinburgh East Coast Main Line. A tunnel closed 44 years ago was reopened to allow two additional tracks into the station. More than 6km of new track, over 30 new sets of points, more than 50 new signals and over 20km of new overhead electrification were installed during the project.

Wales: TfW Rail, the nationalised passenger operator, has bought 30 coaches from leasing company Eversholt Rail. The Mk 4 coaches, last used on the London - Leeds and London - Edinburgh routes, will allow the operator to increase the number of premium services it will operate. They will run on its Holyhead - Cardiff and Swansea - Manchester routes.

Spain: Infrastructure manager Adif has approved a 24 month plan to upgrade the 62km La Granja - Covas section of the Leon - A Coruna 1668-gauge railway. Almost €2m will be spent on work including tunnel and bridge inspections, drainage examinations, and track renewals while the possibility of removing level crossings will be assessed.

Britain: Diesel trains are the likely initial traction for the new East West Rail line being built between Oxford and Cambridge. The project is expected to open without electrification, although there will be provision for such infrastructure in the future.

Austria: ÖBB Rail Cargo Group (RCG) has increased the number of round trips from Curtici - Istanbul to two per week from June 2. The freight trains have a transit time of 72 hours and use a fixed timetable. The trains are viewed as key in connecting transport hubs on the southern Silk Road.

Britain: London Underground’s Waterloo & City Line has reopened for the first time since March 2020. Transport for London closed the Waterloo - Bank line due to the pandemic.

Poland: Freight operator PKP Cargo Connect has launched a new service on the Kąty Wrocławskie - China route. The train ran via Małaszewicze to Xi'an, Zhengzhou, Qingdao, Chongqing and Chengdu in China using the New Silk Road. It is expected the trains will take from 14 to 18 days to complete the journey, with three trains a week running, each with 42 containers.

Ukraine: More passengers are buying tickets online. Since the beginning of the year, it is confirmed that 73% of all tickets bought have been online sales. This is up from 66% in 2020 and 57% in 2019.