THE Board of New York Metropolitan Transportation Authority (MTA) voted on January 24 to approve New York City Transit's decision to award a contract to Kawasaki for up to 1612 R211 subway cars. 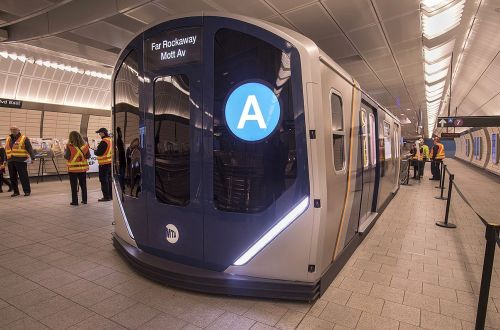 Alongside the bid from Kawasaki, a second offer was submitted by R211 Partners, a joint venture of Bombardier Transit Corporation and CRRC MA. However, the selection committee unanimously ruled that the R211 Partners proposal did not meet the minimum requirements of the technical evaluation criteria.

In a staff summary, MTA says it was also concerned by Bombardier’s performance on the current contract for R179 subway cars, which were delivered more than two years late.

Kawasaki’s proposal “met, and in some cases exceeded NYC Transit’s requirements,” and “demonstrated a thorough understanding of NYC Transit’s operating environments and needs. MTA praises Kawasaki’s performance in the delivery of the R160 and R188 fleets, which have achieved high levels of reliability.

MTA says the R211 order calls for “the most aggressive delivery of prototype cars of any NYC Transit subway car contract,” with the delivery of the first 10 pre-series closed-gangway cars due to take place within 10 months of Notice of Award (NOA).

Delivery of production closed-gangway vehicles will take place between 44 and 67 months of NOA. The Staten Island fleet will be delivered between 56 and 65 months of NOA.

The contract will comply with the newly-revised Federal Transit Administration Buy America rules, which require 70% domestic content. Kawasaki and its subcontractors have committed to providing 470 US jobs in the base award, with a total estimated value of $US 125m.

Kawasaki has also agreed to provide a double warranty on braking and HVAC systems at no additional cost to NYC Transit.

Design concepts for the R211 were developed by Antenna Design with CH2M acting as engineering consultant on the project.