Team Treuhand will take on four contracts from January 1 2022. 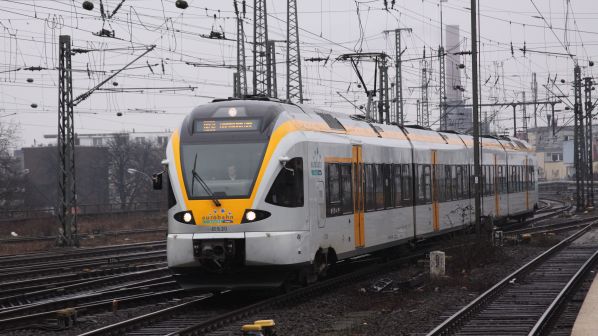 KEOLIS confirmed in a statement issued on December 23 that it has sold its German rail activities to Team Treuhand, part of the Noerr Group.

The French National Railways (SNCF) subsidiary signed an agreement with Westphalia-Lippe Local Transport (NWL), Rhine-Ruhr Transport Association (VRR) and Lower Saxony Transport Authority (LNVG), which all oversee railway activities in North-Rhine Westphalia as well as the province of Overjissel in the Netherlands, to transfer ownership on December 15.

Team Treunand will become the new shareholder of Keolis’ German activities, which comprise four contracts in North Rhine-Westphalia operated under the Eurobahn brand: Maas-Rhine-Lippe, the Hellweg, the Teutoburger Wald, and Ostwestfalen-Lippe.

Team Treunand will operate the services under its SG Eurobahn subsidiary. The existing management team will remain in place overseeing operations and 900 employees. Keolis says that services will continue with no changes for passengers.

The agreement is expected to come into effect on December 31 after regulatory approvals have been secured from the Ministry of Economy, Finance and Recovery, pending approval by the Participation and Transfer Commission. Reports on the sale in September suggest that Keolis had agreed to finance the current contractual obligations and the remaining deficits over the remaining contractual periods, some of which stretch to 2032.

Keolis says the agreement is the result of nearly 18 months of discussions after the company decided to refocus its strategic priorities. The move follows long-running discussions over the inability of contract holders to make money due to issues beyond their control, such as rising staff costs, the cost of funding compensation for delays, and the high level of DB Networks’ infrastructure work, failures, and problems that cause some of the delays as well as additional costs. Similar pressures resulted in Netherlands Railways (NS) subsidiary Abellio to give up its activities in the Ruhr region of Germany from February 1 2022, with three operators confirmed as the company’s replacement last week.

Keolis has been active in Germany since 2000 with its four contracts covering 15 lines on 1000km of track. It carried around 40 million passengers per year before the Covid-19 pandemic.