THE Dutch Civil Court of The Hague has referred a case challenging the legitimacy of a 15-year direct-award concession given to Netherlands Railways (NS) to the European Court of Justice (CJEU), saying the arguments raised by private operators against NS are “not implausible.” 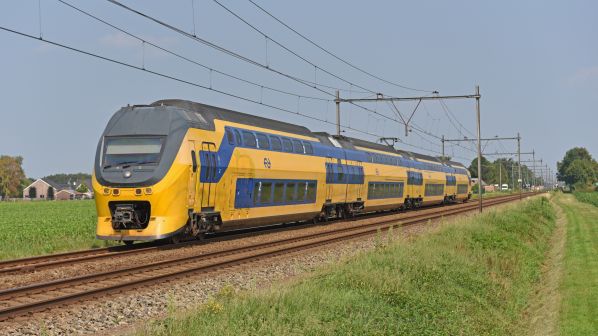 The Dutch government announced plans in June to award NS the 15-year concession to operate ‘core network’ passenger services from the start of the new timetable in December 2024.

The Netherlands Federation of Mobility Companies (FMN), which comprises Arriva Netherlands, Transdev’s Netherlands subsidiary Connexxion, Qbuzz, Keolis and EBS, and the Alliance of Passenger Rail New Entrants (AllRail), complained to the civil court that the new direct award concession will not start until 2025, despite direct award contracts being prohibited with the introduction of the Fourth Railway Package in 2023.

In referring the case to the CJEU, the civil court ruled that the procedure of a preliminary ruling was not the optimal place to decide the matter.

The ruling also stated that EU legislators probably did not intend for direct award contracts that start after the date to be agreed on before the new rules come into effect, which could effectively allow the Fourth Railway Package to be circumnavigated.

The Dutch Civil Court also informed the government that it would have to change the concession if it is found to be in violation of EU regulations.

As well as arguing that the concession cannot start after 2023, FNM and AllRail state that the concession itself goes against the EU regulations. The parties say that awarding exclusive access to 95% of the national market contradicts the European Union’s principle of proportionality. As numerous parts of the Dutch main rail network are profitable, they have argued that these are also ineligible for a public service obligation (PSO) contract.

The Netherlands secretary of state for passenger rail, Mrs Stientje van Veldhoven, says the extent of the concession has not yet been decided. However, AllRail is launching summary legal proceedings to examine the merits of the concession.

FNM and AllRail have called for a new structure to replace NS’ direct award concession. They say the profitable inter-city network should be operated under an open-access framework, allowing NS to continue operating services while also allowing other operators to offer competing services.

Subsidised regional trains, such as Sprinter stopping services, should be part of a competitively tendered PSO concession, they say.

“We are calling for compliance with the EU passenger rail market opening regulation for very good reasons,” says AllRail president, Dr Erich Forster. “The emergence of new open-access operators and tendering of subsidised trains has brought about positive effects all across in Europe, including better service quality and lower ticket prices. This has led to modal shift to rail, which will help Europe achieve the goals of the EU Green Deal.”