Work will continue to feed government consultation into future projects. 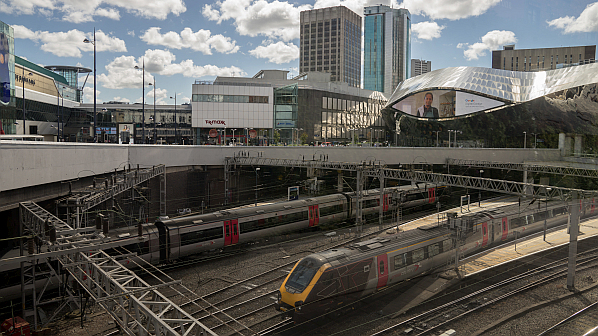 IMPROVED passenger journeys and better connections for rail freight form part of Midlands Connect’s plans for the future of transport in the Midlands in Britain.

A new report “Greener, Fairer, Stronger” was launched in Birmingham on April 1. This claims that a lack of mobility is holding back the region’s economic growth and productivity.

As well as plans surrounding road and decarbonisation for all transport modes there are ambitions to improve rail capacity and introduce a “tap and cap” smart ticketing solution for passengers using buses, light rail systems, bicycle hire and the rail network across the region.

Midlands Connects claims that if the projects are delivered in full, they will help provide up to £1.9bn more in regional economic output per year by 2040, rising to £4.1bn per year by 2061 and support ambitions for 334,000 additional jobs in the region.

The rail priorities in the plan are: