Construction of Nexus Stadler fleet is underway as the order is increased. 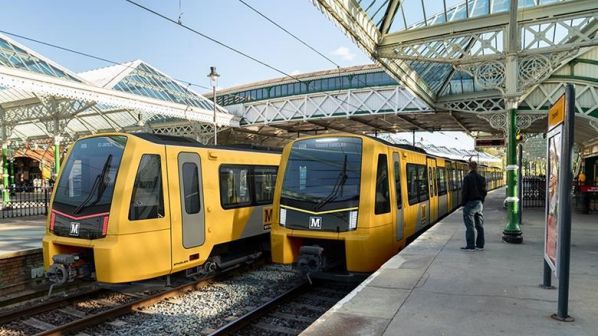 STADLER will build a further four trains for the Tyne & Wear Metro fleet in Newcastle, Britain, taking the order to 46 trains.

The extra four trains were ordered after £95m was secured from the British government’s Transforming Cities Fund. It allows for a service frequency increase, reduced journey times and improved reliability. Not all of the funding is being used for the four trains, with other infrastructure improvements also being funded by the same funds.

The contract for the entire fleet is £362m. It was placed by Nexus, the public body that owns and manages the Tyne & Wear Metro. There is also now confirmation that the first train will arrive in Britain next year for testing and the trains will start entering traffic from mid-2023.

“Following the successful completion of the design phase, we have started the manufacturing process this summer, with bodyshells now being built,” says Mr Andreas Discher, Stadler project manager. “The first bodyshell is set to be ready by the end of the year.”

As well as delivering the 46 trains, Stadler will also service and maintain them for 35 years. The manufacturer is also building a £70m depot at Gosforth as part of the new train project.