TRANSPORT authorities across Germany have engaged in tendering processes for various regional concessions in recent weeks. IRJ presents a round-up of the latest activity. 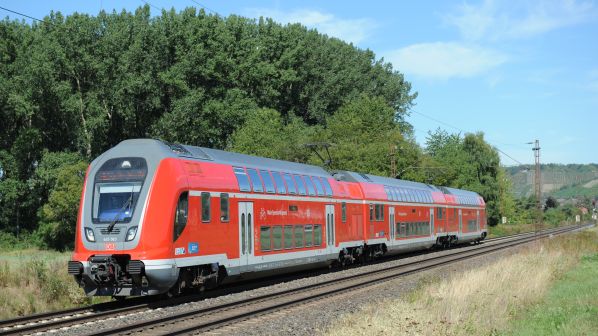 Mecklenburg Vorpommern Transport (VMV) is inviting for bids for a 15-year contract for partial operation of the Warnow II network from December 15 2024. The contract comprises the following lines:

For the electric train services, VMV permits the use of both new and used trains, but requires new rolling stock for the hybrid network. The deadline for bids is April 30.

Lower Saxony Transport Authority (LNVG) in cooperation with the city of Bremen has announced a tender for operation of regional passenger services using hydrogen trains on RB 33 Cuxhaven - Bremerhaven - Bremervörde - Stade on the Elbe-Weser network.

Operation of the five-year contract will commence in December 2021. Hydrogen services should not start later than in 2022. The annual volume is about 1.22 million train km.

The tender will be based on a direct award to an existing Elbe-Weser operator or another company currently in a contract with LNVG.

Bidding closed on January 7 for a tender held by Rhineland Public Transport Authority (NVR) to operate RB 28, the 30km Eifel-Bördebahn railway between Düren and Zülpich-Euskirchen.

Operation of the service, which accounts for 350,000 train-km per year, will commence on December 12 2021 and will run until December 13 2025. There is no option to extend the contract.

BEG has issued a one-year direct award extension of the contract with Länderbahn, the German subsidiary of Trenitalia, for operation of Alex services on the Munich Main Station - Regensburg - Schwandorf - Hof line IR 25 North. Trains split at Schwandorf, continuing to Furth im Wald and Prague for an annual volume of about 2.8 million train-km.

The interim contract enables BEG to prepare a tender for the new Express East Bavaria network in Upper Franconia, Upper Palatine, Lower Bavaria, and Upper Bavaria. The network will abandon the link to Prague and is set to become operational in December 2023.

Bavarian Railway Company (BEG) has announced details of an upcoming tender for operation of regional services in East Bavaria and the restructuring of tendered services in Upper Palatine and Bavarian Forest regions near the border with the Czech Republic.

The combined annual train-km will increase from 5.3 million to 5.8 million train-km, and the tender will be split into three lots, the first two of which will be 12-year contracts running from December 2025 with options for three one-year extensions. Used or existing vehicles will be used.

Lot 3 Waldbahn: comprises the Plattling - Bayerisch Eisenstein line, with some services extended into the Czech Republic as far as Klatovy as well as Zwiesel - Grafenau, Zwiesel - Bodenmais, and Gotteszell- Vietach for a total annual volume of 2 million train-km. The five-year contract will commence in December 2025 with options for two one-year extensions.

Both DB Network and Czech infrastructure manager SŽ are planning electrification projects in the area, specifically between Furth im Wald and Domazlice on the line from Pilsen to the Czech-German border, which will impact future operation.

VBB prefers the use of “alternative” propulsion to reduce CO2 emissions. The tender may also be splits into lots.

Services on all lines are mostly hauled by steam locomotives built in the 1930-50s although some diesel units are used. All of the lines rely heavily on tourist traffic but operate daily carrying local residents.

For all the latest global rail tenders, subscribe to IRJ Pro.