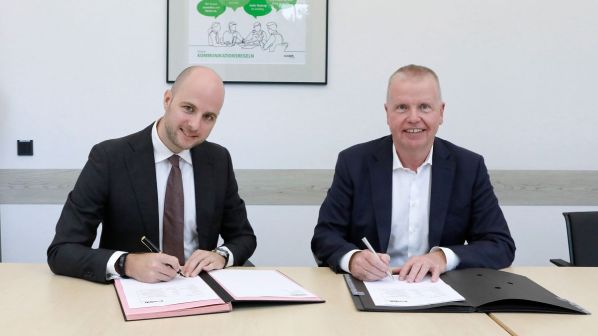 Nexrail is chaired by Mr Neil Bennett, the founder and former COO of Beacon Rail. The new Rosco is aiming to become a leading lessor of hybrid and dual-mode traction as well as specialist locomotives and rolling stock. The company says that through its partnership with Vossloh Locomotives and future partnerships in the "biofuel and e-fuel ecosystems" it will be “at the forefront of the energy transition on non-electrified railway network.”

Nexrail is supported by private equity investor, InfraVia, which specialises in infrastructure and technology investments and has raised more than €7.4bn and invested in over 30 companies in 13 European countries since 2008.

The new four-axle locomotives are suitable for both mainline operation and shunting as well as infrastructure tasks at construction sites. They feature an 1800kW diesel engine which meets EU Stage V emissions standards, as well as a 144kW traction battery, which can offer up to an hour of emission-free operation.

The locomotives will be equipped with ETCS, including the option to upgrade to Level 2, and will be able to operate in Belgium, France, Germany, and Luxembourg, and parts of the Netherlands.

As well as Bennett, Nexrail is bolstered by the appointments of Mr Luuk von Meijenfedlt as CEO, Mr Mark Remie as COO, and Mr Bernd Wagner as CTO.

“Nexrail brings together a team of locomotive investment and management specialists to deliver innovative, full-service leasing solutions through a fleet of modern locomotives that enable operators and industrials to meet their sustainability targets,” Bennett says.

“Nexrail is already developing plans to introduce sustainable fuels and battery hybrid solutions across all its markets. This transaction with Vossloh Locomotives and the order of the DE 18 Stage V SmartHybrid for the Benelux market is the inaugural step of our own journey as a lessor. We are looking forward to working with Vossloh Locomotives in multiple markets and I am very excited to be starting this journey with the management team and InfraVia.”