A quarter of all trains in India could be operating on solar energy. 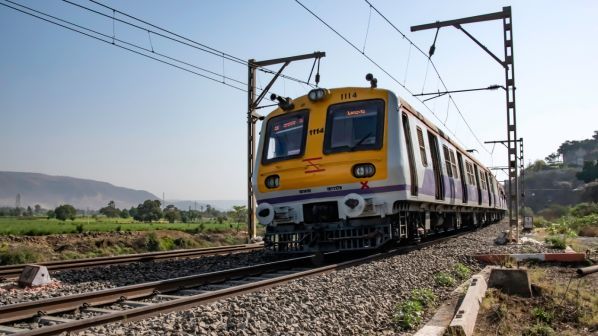 ONE-in-four trains in India could be powered by solar energy in the future according to a study published on September 1.

The study, commissioned by Indian NGO Climate Trends and British-based green technology start-up Riding Sunbeams, found that a direct supply of solar energy to Indian Railways (IR), without the need to connect via the grid, would save almost 7 million tonnes of carbon per year, whilst powering at least one in four trains on the national network.

Indian rail minister, Mr Piyush Goyal, has recently issued a directive to IR to earmark large areas of land for solar development as part of the country’s Net Zero plans.

Already there are plans to deliver 20GW of solar-generated power to match growing demand for energy to power trains.

The study, conducted by Ricardo Energy and Environment, suggests that around a quarter of this new capacity, up to 5.272GW, could be fed directly into the overhead catenary instead of being procured via electricity networks. This would reduce energy losses and save money, says the study.

Research found that by substituting energy supplied from the coal-dominated grid for private-wire supply from solar, emissions could be cut by as much as 6.8 million tonnes of CO2 each year. This is the equivalent of just over the entire annual emissions of the city of Kanpur.

“Right now India is leading the world on two vital climate frontiers - rail electrification and solar power deployment,” says report co-author and Riding Sunbeams found and director of innovation, Mr Leo Murray. “Our analysis shows that connecting these two keystone low-carbon technologies together in IR can drive both India’s economic recovery from the Covid-19 pandemic and its efforts to transition off fossil fuels to tackle the climate crisis.”

However, there is a warning from researchers that achieving the target of full electrification by 2023 of all routes could be accompanied by an increase in CO2 emissions in the short-term because of the country’s reliance on coal to produce electricity.

The research team analysed traction energy demand on each of the country’s railway zones and matched that with the potential solar resource in each region. This produced a figure for the total amount of solar energy that could be connected directly to the railway to power trains.

The top five zones with the greatest solar-to-rail potential according to researchers are:

The researchers say that calculations assume that all energy generated by the solar network is used by IR and does not include the potential for battery storage integration. There is also a need to factor in lower utilisation rates and storage that could boost solar-to-rail potential to more than 40% of IR’s traction energy demand.