Full report into the problems to be published this December. 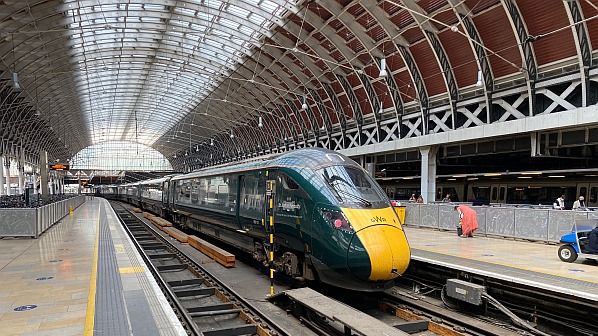 HITACHI class 800, 801 and 802 bi-mode and EMU fleets used across Britain were affected by stress corrosion and fatigue cracks an interim report by the Office of Rail and Road (ORR) confirmed on September 9.

This also affected the class 385 EMU fleet used by ScotRail. The trains were all withdrawn from traffic on safety grounds on May 8, but began returning to operation as checks were completed. The class 80x fleets first entered service in October 2017, with the class 385s following in 2018.

Cracks discovered in the bolster close to the yaw damper bracket and anti-roll bar fixing points were a result of fatigue. Cracks found in the area where the lifting plates attach to the vehicle body were the result of stress corrosion cracking. This occurs when susceptible materials are exposed to a specific corrosive substance while subject to stress.

For fatigue to happen, the loads must be above a threshold level but are typically much lower than the load required to cause an immediate structural failure. This means the crack grows over time and reduces the component’s strength.

The British regulator found that since the trains have returned to traffic, they have performed as specified with no unsafe conditions or harm arising from the cracks.

A final report is due to be published this December. This will establish the root cause of the cracking and will review Hitachi’s plan for long-term fleet recovery and management, and identify any areas for improvement for the industry.

Class 800-802 fleets in Britain are operated by Great Western Railway, LNER, Hull Trains and TransPennine Express with similar fleets due to enter traffic with First Group and East Midlands Railway.

"The ORR's interim report highlights how the industry took timely and appropriate decisions to maintain the highest levels of safety," says a Hitachi spokesperson. "This approach also helped to get trains back into service so passenger disruption was kept to a minimum.

"The interim report also demonstrates the significant amount of detailed, and independently verified, assessments Hitachi Rail has conducted to keep trains running safely. Our enhanced maintenance regime is helping to deliver a stable passenger service, while we work tirelessly with all partners on long-term solutions."

An in-depth analysis into what went wrong initially was published in the June issue of IRJ.