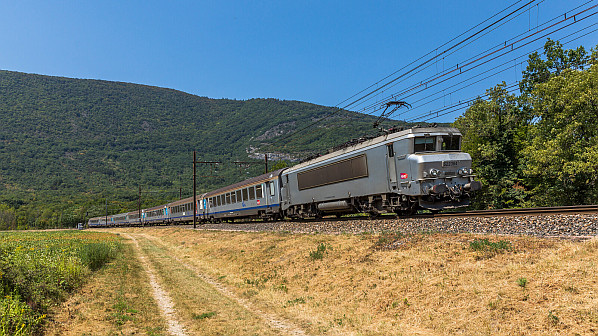 The company has only operated high-speed TGV services since its launch in 2013. Under the change, high-speed services will be rebranded Ouigo Grande Vitesse and the new trains will be Ouigo Vitesse Classique.

The initial service will serve 14 destinations on three routes: three train pairs a day on Paris - Nantes, with two running via Orléans and Tours, and one via Chartres and Le Mans, plus two train pairs between Paris, Dijon and Lyon. The livery for Vitesse Classique trains will be finished in the reverse of the traditional Ouigo TGV livery: bright pink with turquoise branding. Ticket prices will range from €10 to a maximum of €30. SNCF will create a new operating subsidiary known as Oslo with 80 staff to operate the new services.

The classic service will deploy Ouigo’s low-cost business model. Each train will have one driver, a conductor and a third person in charge of passenger comfort and services. These staff will also carry out tasks such as train coupling which are usually performed by SNCF ground staff. Ouigo says its initial target is carrying 1.2 million passengers a year on classic services and tickets are only available to purchase online.

However, unlike existing high-speed Ouigo services, on which the on-board bistro has been removed and replaced by seating, there will be a trolley catering service on classic trains. Vitesse Classique will replicate Ouigo’s intensive rolling stock use with refurbished Corail coaches built in the 1970s and 1980s, recently released from SNCF services.

In summer 2021, Ouigo operated a small number of high-speed trains from the Paris region to Vannes, Auray, Lorient and Quimper in Brittany. This was a success, and a regular service will run from April until September 2022. In 2023, Ouigo will introduce new trains between Paris and Brest as well as Paris - La Rochelle - Perpignan as it increases its fleet from 38 to 50 double-deck TGV sets by 2025. The fleet will then be refurbished by 2027 with more robust seating, a leisure area, sockets at each seat and space for eight bicycles.