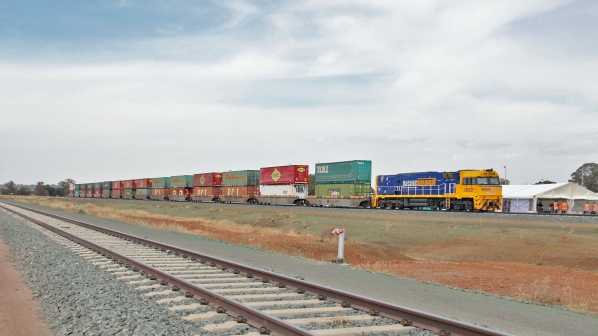 PN owns 365 hectares of land at Parkes within the 600 hectare national logistics hub alongside other terminals established by freight companies SCT Logistics and Linfox. Construction of the terminal by Coleman Rail commenced in October 2018. The terminals are also adjacent to the Newell Highway, a major highway carrying both interstate and intrastate freight.

The Inland Rail project will offer a transit time of 24 hours or less for freight trains between Melbourne and Brisbane via regional Victoria, New South Wales and Queensland.

PN chair, Mr Russel Smith, said the Parkes Logistic Terminal is a great example of what can be achieved when all three levels of government work with the private sector.

“Parkes Shire Council developed the vision for a national logistics hub, the Australian government supported this vision by starting construction of Inland Rail, and the NSW government has streamlined planning at Parkes by establishing a special activations precinct,” Smith says.

Once fully operational in 2025 to coincide with the completion of the Inland Rail project, the Parkes Logistics Terminal will have the capacity to process around 450,000 containers per annum.

The terminal is also able to form 1800m-long, double-stack container services between Parkes and Perth. Only single stacking is possible between Sydney and Parkes.

PN CEO, Mr Dean Dalla Vale, says that once the Inland Rail project is complete, companies can use Parkes as a launch pad to haul goods and commodities by rail more efficiently to the ports of Melbourne, Brisbane, Botany and Fremantle.

“PN’s next proposed investment is to better connect Parkes to Port Botany (Sydney) through the establishment of a freight hub in St Marys in the heart of Western Sydney,” he says. “The hub will allow long regional freight trains from Parkes to be broken down into smaller shuttles to more efficiently access the stevedoring terminals at Port Botany.”