THE National Bank of Pakistan (NBP) announced on November 13 that it will provide cash-strapped Pakistan Railways (PR) with a Rs 6.1bn ($US 63.7m) loan to revive its depleted locomotive fleet. 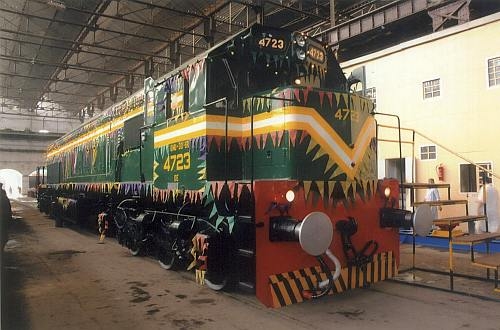 The agreement was signed by the NBP Pakistan Railway Advisory & Consultancy Services (PRACS) a subsidiary of PR and will allow 96 diesel locomotives to be returned to service.

Under the agreement, the NBP will release the funds as a lump sum repayable over five years with an annual interest rate of 10.45%.

PR's revenues have been decimated in recent years by declining volumes caused largely a chronic shortage of serviceable locomotives.

The Pakistani government says tenders for procurement of 150 new locomotives are currently being evaluated. Last month Indian Railways agreed to sell 50 locomotives to PR at a cost of Rs 35m and lease a further 50 units for Rs 21,000 per day.