Operators continue to cancel and amend service levels in the face of rising infections. 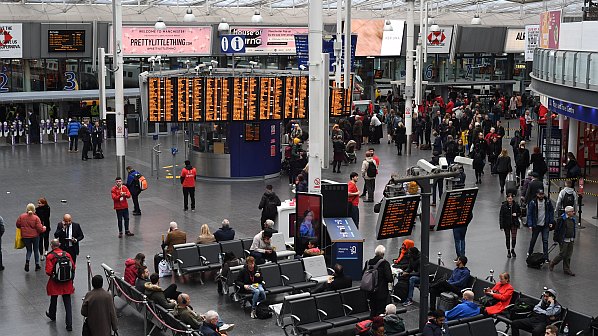 THE Omicron variant of Covid-19 continues to affect passenger operators. However, while some countries are cancelling trains due to a rise in the number of cases, others are planning to reintroduce services.

In Norway, Vy Tog has announced the cancellation of two recently introduced services on the Oslo - Bergen line from January 10 until April 10 due to a sharp decline in demand resulting from the new wave of infections. These services were introduced on December 12, increasing  the frequency from three to five trains per day.

Spanish national operator Renfe confirmed on December 29 that it had removed charges for passengers to change tickets for AVE, long distance, Avant and medium distance trains until January 15 due to the increase in Covid infections. Renfe also confirmed it had extended the expiration date of multi-trip tickets until June 30. This was first adopted in October 2020 due to the pandemic. Since the start of the pandemic in March 2020, Renfe has refunded €97.5m in fares.

JR East has introduced a policy that all passengers travelling must wear face coverings, and is also offering free sterilising wet sheets to help users feel safe against the virus when travelling. The operator, working with JR West, has launched a service for passengers with a vaccination certificate, or who have a negative PCR test. The trains are planned to show the ‘beauty of Japan’ and dedicated travel products will be launched in the near future.

In Britain, a rise in cases has forced operators to reduce their services over the next two weeks, with the situation to be reviewed on a regular basis. The Rail Delivery Group (RDG) told IRJ on January 5 that 9.9% of all British rail staff were off work due to Covid-19 and that reducing the service level represented value for money for the taxpayer. The British government announced on January 4 that transport workers are expected to test each day. However, RDG explained that on the railway this would be limited to signallers and control staff.

German Rail (DB) confirmed that 22,500 employees had taken advantage of its vaccination offer since the start of December. The operator is offering first, second and booster vaccinations at 10 locations while basic immunisation is available at a further 19 locations. From December 21 the offer was also available to DB employee’s family members.

Elsewhere, fewer peak and evening trains are running in the Netherlands following a decline in passenger numbers, while the use of face coverings is still being encouraged in Britain, Denmark, Finland, France and Norway.Danish State Railways (DSB) is requiring the use of coronavirus passes to travel by until January 16. Passengers entering Poland from outside the European Union (EU) must provide a negative test result.

Belgian National Railways (SNCB) confirmed that it planned to reintroduce the 100 trains it cancelled at the start of December because of the rise in the latest variant on January 10. SNCB also says that seven of the 18 peak period trains serving Brussels that it cancelled in November will be reinstated.