Contracts for rolling stock, systems, operation and maintenance as well as construction of the southern section of the line expected to be signed by the end of the year. 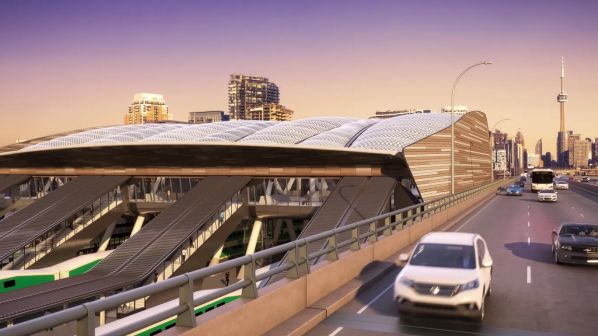 INFRASTRUCTURE Ontario and Metrolinx have selected the preferred consortia to deliver the rolling stock, systems, operation and maintenance (RSSOM) as well as the south section civils, stations and tunnel contracts for the 15.6km Ontario Line metro in Toronto.

The Ontario Line project is estimated to cost $C 10.9bn ($US 8.27bn) and is structured as a public-private partnership (PPP), and will use a design-build-finance model. Connect 6ix is the preferred consortium for the RSSOM contract, which will provide a 30-year design-build-finance-operate-maintain contract for the entire Ontario Line. The group comprises:

NGE Group confirmed that it will supply and install the railway systems and build the depot in a joint venture with Hitachi and Webuild. Webuild says has a €450m stake in the joint venture responsible for the civil works and a 10% stake in Connect 6ix.

Ontario Transit Group is the preferred consortium selected for the Ontario Line South contract, which involves a design-build-finance contract for the southern section of the line running from Exhibition/Ontario Place to the Don Yard portal, west of the Don River.

The consortium consists of:

The consortium will be responsible for excavating the 6km of tunnels as well as an above ground station that will integrate with the existing Go Transit Exhibition station, two underground stations to integrate with the existing Toronto Transit Commission (TTC) Osgoode and Queen metro stations, and four new stations at King/Bathurst, Queen/Spadna, Moss Park and Cooktown. The group will also oversee the groundworks required to build the tunnels and stations.

Infrastructure Ontario and Metrolinx say both consortia ranked first in the evaluation of their respective request for proposals received in June 2022. Negotiations are continuing to finalise the contract ahead of awarding the contracts by the end of the year, the partners say.

Procurement for the North civil major works, as well as enabling works for bridge, track and other preparatory activities, are set to follow. The Enabling Works Three package will include a new “iconic” bridge crossing the Don River Parkway and Don River.

Construction on the new Exhibition station got underway earlier this year, effectively marking the start of construction on the Ontario Line, which will comprise 15 stations and will run from Exhibition Place in the west through the city centre to Ontario Science Centre in the northeast. There will be 3.7km of dedicated track in existing rail corridors, 3.1km of elevated track and 8.8km underground.

The line is expected to carry 388,000 passengers per day, with a peak frequency of a train every 90 seconds. Journey times are expected to take 40 minutes when the line opens in 2027, compared with the current 70 minutes.

The Ontario Line is one of four shovel-ready public transport projects in the Greater Toronto Area (GTA) in which the Canadian and Ontario governments and the City of Toronto have agreed to invest a total of $C 26.8bn.