VIS TransStroy, Russia, signed a concession agreement on December 30 to extend Gazprom's Obskaya – Bovanenkovo Yamal Peninsula line, which is already the world's northernmost railway, north to the port of Sabetta on the western shore of the Ob estuary. 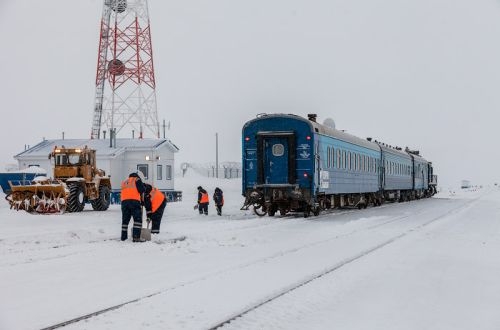 The 170km 1520mm-gauge line will cost Roubles 113bn ($US 1.54bn) to construct and is due to be completed by 2019. VIS TransStroy will design, build and operate the line until 2036, when control of the railway will be transferred to the Yamalo-Nenets Autonomous Region.

The railway will support the export of natural gas from the Yuzhno-Tambeyskoye gas field through a new port at Sabetta on the Arctic coast, where an LNG plant is being constructed.

The line will carry passengers as well as freight and will be constructed as a single-track line with provision for the addition of a second track in the longer-term. The maximum speed for passenger and freight trains will be 50km/h.