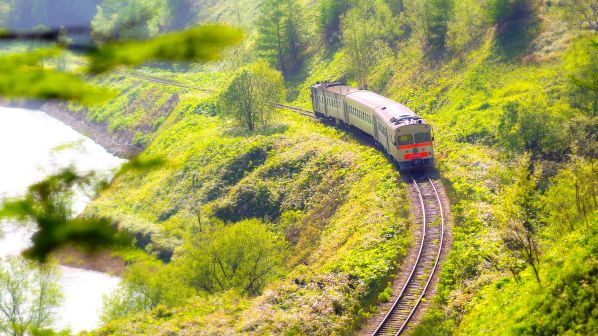 RUSSIAN Railways (RZD), the government of Sakhalin Oblast, Rosatom and Transmashholding (TMH) have signed a protocol declaring the Sakhalin hydrogen railway project feasible. The parties will now seek the necessary regulatory and financial arrangements to proceed with the project.

Mr Valery Limarenko, governor of Sakhalin Oblast, says it is time to design and manufacture a batch of seven hydrogen trains to operate the service as well as install low-tonne hydrogen production facilities and a network of hydrogen fuelling stations on the island in Russia’s far east.

“The required personnel will be trained and recruited through the island’s own university,” Limarenko says. “Sakhalin Oblast is about to become a leader of the yet new to Russia hydrogen economy. This means tax revenues for the local treasury, high-tech jobs, and preserving the environment.”

TMH and Rosatom agreed to form a joint venture to produce hydrogen fuel cell for transport applications in May, beginning with the Sakhalin project. Rosatom is responsible for production and supply of hydrogen fuel and the refueling infrastructure while TMH will design and manufacture the rolling stock. RZD signed an agreement with the Sakhalin government, Rosatom and TMH to build and operate hydrogen trains on the 2025km Sakhalin network in September 2020.

The joint venture will also work on a second pilot project in the Moscow region.

Mr Kirill Lipa, TMH CEO, says the manufacturer’s best engineers are engaged in the project and that the technical configuration of the rolling stock is already determined. “We expect a proactive stance from the government to speed-up the implementation of the project and enlarge its applicability,” Lipa says.

RZD president, Mr Oleg Belozerov, says that although the pro “it is a long way” until all of the project’s technological and economic nuances are settled, there is no doubt that a solution will be found.