SALZBURG City Council has approved a funding agreement between the city and federal and state and governments, to support the 750m-long Mirabellplatz extension of the Salzburg Local Railway (SLB). 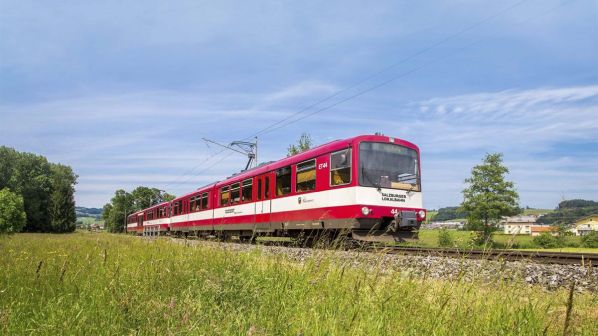 Under the new agreement, the Austrian government will cover at least 50% of the €150m estimated cost of the project, with the remainder made up by the state of Salzburg and Salzburg City Council.

Previously, under a letter of intent signed in March 2019, the city had been expected to pay half of the project’s costs. Specific costs will be outlined following the submission of planning next year. Planning of the extension is expected to cost around €20m.

A steering agreement for the project including all partners will now be set up.

The underground extension will continue the line south to Mirabellplatz in the city centre. Currently, services from Lamprechtshausen and Ostermiething terminate at underground platforms beneath Salzburg Main Station. Construction is expected to be completed in 2023.

“I am convinced that it is a very important project to reduce traffic congestion, from which many people in Salzburg, but of course also many commuters from the surrounding regions, will benefit,” says Salzburg’s vice mayor, Mr Bernhard Auinger. “I am very happy that there is now a financial commitment from the federal government. "

A further extension to Salzburg South has also been proposed, with an estimated cost of around €300m, and a possible link with the main line network is also under investigation.