Surface Transportation Board rules Amtrak’s plans for passenger service is ‘ripe for adjudication’. 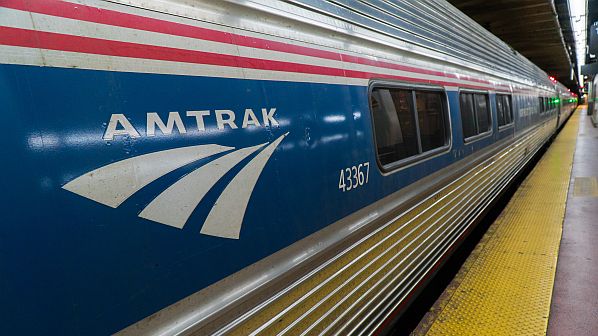 THE United States’ Surface Transport Board (STB) concluded on August 6 that the matter of Amtrak providing Gulf Coast services over host freight railways CSX and Norfolk Southern (NS) is “ripe for adjudication.”

The move follows months of clashes between Amtrak and the Class 1s via STB filings over the passenger operator’s plans to introduce an inter-city service between New Orleans and Mobile, Alabama.

STB has now instituted a proceeding on Amtrak’s March 16 application, seeking an STB order requiring CSX and NS to allow Amtrak to operate the new service.

The decision also denies a motion to dismiss filed by CSX and NS, denies as moot Amtrak’s request for track access, establishes a procedural schedule, and appoints an administrative law judge to initially resolve all discovery disputes.

While Amtrak intended to begin the service around January 1 2022, an actual start date remains unclear. December 16 2021 has been set as a deadline by the STB for the railways to provide proposals on a hearing format.

STB writes in its decision that the “statute’s threshold requirement that the carriers ‘[do] not agree to provide, or allow Amtrak to provide, for the operation of additional trains’ has been met. … In February 2021, Amtrak requested that the carriers allow twice-daily service, and the carriers have not agreed to that request. … Further, for several years, Amtrak has sought to restore service in some manner on the Gulf Coast, and it is unclear how the parties will reach an agreement regarding service on the Gulf Coast without board consideration of Amtrak’s application. … Therefore, the board will institute a proceeding.”

Amtrak responded positively to the news in a statement released on August 6.

“Amtrak thanks the STB for its decision to dismiss CSX and NS’ attempt to block Gulf Coast passenger rail service,” the railway says. “This upholds Amtrak’s right to petition the board for rail access and sets a schedule for a transparent process that will produce an outcome by the end of this year.

“In the meantime, Amtrak is working with the Southern Rail Commission to take steps to begin to operate Gulf Coast Service as soon as possible next year.”