Test trains are operating on 17.5km section of the Big Circle Line with three stations scheduled to open by the end of the year. 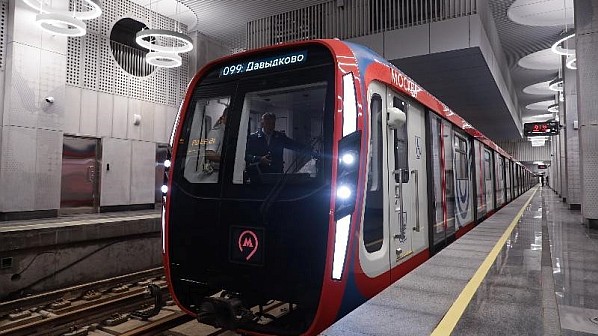 TESTING on part of the Moscow Big Circle Line (BCL) began on September 14, following the completion of three new stations on the 17.5km Mnevniki – Kakhovskaya section of the 70km line.

Terekhovo, Kuntsevskaya and Davydkovo are due to open by the end of the year. Together they will offer 90,000 people a new metro station closer to their homes, and will reduce some journey times by up to 40%.

The Mnevniki – Kakhovskaya section will eventually have 10 stations, which will be within walking distance of 210,000 people.

“The Big Circle Line is the most important project for the development of the capital's transport,” says Mr Maksim Liksutov, Moscow’s deputy mayor for transport.