The value of the contract has increased by $US 2bn. 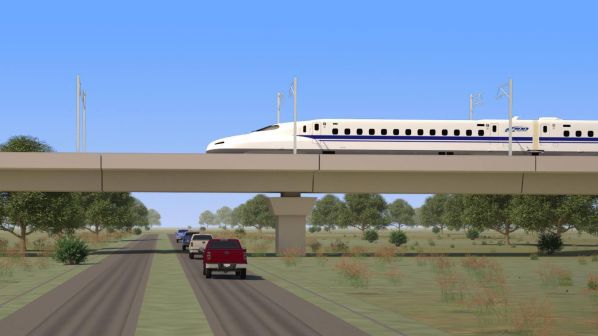 TEXAS Central Railway, the developer of the high-speed line between Dallas and Houston, has signed a $US 16bn construction contract with Webuild, Italy, and its US subsidiary Lane Construction. The agreement is the final step ahead of financial closure, due in the coming months, and the start of construction.

Due to an evaluation of additional work required, the value of the contract has increased from the $US 14bn provisional figure announced when Texas Central declared Webuild, formerly Salini Impregilo, as the winner of the contract in September 2019. The contract is expected to create around 17,000 jobs directly and another 20,000 indirectly. Around $US 7.3bn worth of construction material will be purchased from US suppliers across 37 states, as well as expertise from highly specialised Italian suppliers.

The final agreement consolidates the results of four years of work and analysis by Webuild and Lane, bringing the project to the advanced design stage. Webuild and Lane will oversee the civil engineering works, which entails the design and construction of 379km of railway, viaducts, buildings and services for maintenance and other equipment, industrial buildings, train depots and facilities. A major part of the railway will be elevated to reduce the impact on residents and landowners.

Based on Central Japan Railway’s Tokaido Shinkansen system, the Dallas - Houston high-speed railway will offer top speeds of 320km/h. Services will have an end-to-end journey time of less than 90 minutes, with a single stop at Brazos Valley near Texas A&M University. Services will depart every 30 minutes during peak hours and are expected to serve 13 million people per year by 2050, reducing greenhouse gas emissions by an estimated 101.000 tonnes per year.

“Our goal is to put together a team of the best players in the world from each industry needed to bring this project to life,” says Texas Central CEO, Mr Carlos Aguilar. “The addition of Webuild helps us accomplish that goal. Webuild has 115 years of experience designing and building some of the worlds’ best-known projects and we are proud to have them as a leader on this historic project.”